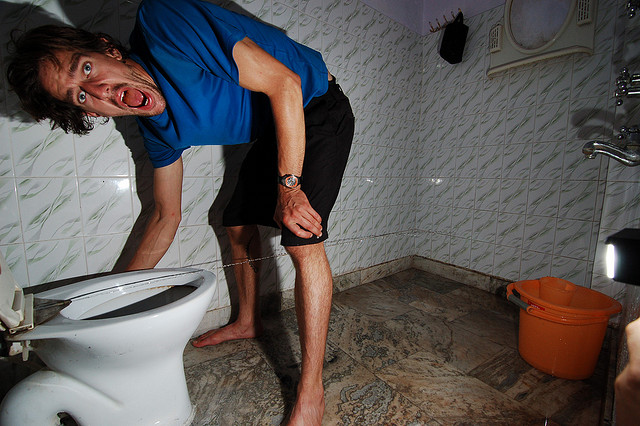 So you’ve just rocked up to a cheap hotel room and trying to decide if you should take it. You’re sweaty, tired, and low on patience. Your powers of perception are at their weakest.

Of course, you are also ultra-frugal like me, or none of this would matter because you’d just pay for something nice.

I know what can happen in these circumstances — in Nepal, we approved a room in the dead of night, exhausted from riding atop a bus all day. We somehow missed the rat poo, blood stains on the walls, insect infestation, and lack of running water.

Although I could advise what to look for in the room itself — like clean sheets, fly screens, locking door, a working fan, et cetera 1 — the bathroom is for most people going to make or break the room. Plus, bathrooms are far more nuanced.

Thus here I’ll explain how to quickly size up the “little room” (as they say in Indonesian), specifically shower, toilet, and ‘extras’.  Hold onto your toilet paper, because here we go: 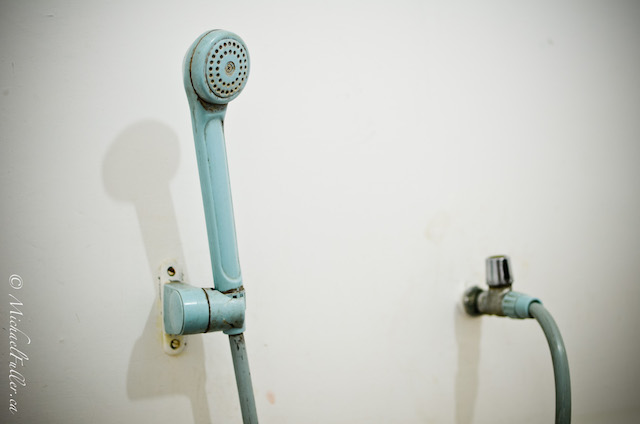 No, that’s not the telephone.

No, that’s not the telephone. Nor is it the bum-gun. That’s your shower head, and if you’re wondering where the shower is — you’re standing in it. It’s the entire room.

You should also notice a hole at the bottom of the wall, or if you’re lucky, an actual drain in the floor. You may even perceive a slope towards said drain — but this isn’t as common as it should be.

It’s best to expect every shower you take to transform your bathroom into a lake, which it will remain for the duration of your stay. Bring sandals. 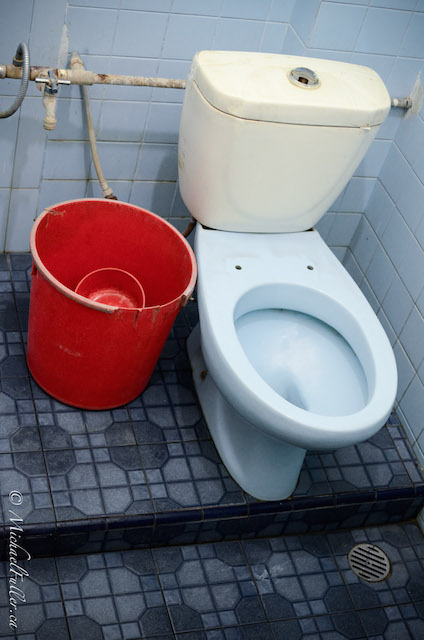 Toilets are funny things. As much progress as we make between western and eastern countries on immigration policies, trade agreements, and religious tolerance, we still don’t understand how each other manage to poop.

That’s not what this post is about (happy Googling), but you will probably have a preferred toilet style. For some folks, this is the biggest deal-breaker of any bathroom.

Flushing: Check that you have a bucket of water and a ladle. Even if a western toilet is present — don’t let the flush buttons fool you. They’re usually just decorative.

Wiping: Most Asians don’t use toilet paper, but have various methods of water-washing (from the simple ladle splasher, to the button-activated temperature-controlled Japanese bum-jet). So check for your preferred wiping mechanism is available. And if it’s good ol’ TP, be aware if it can be flushed or not. 2 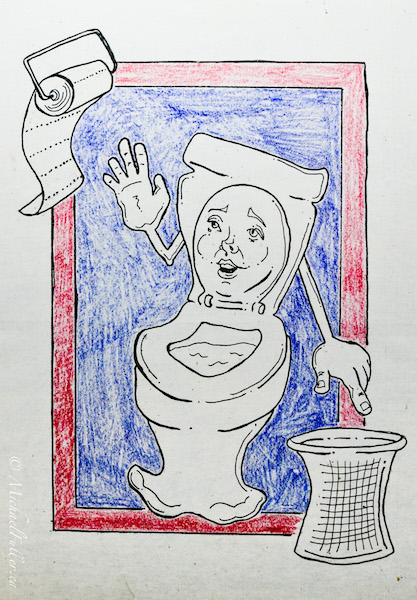 Seats: If you do find a western toilet, don’t expect it to always have a seat. Instead learn to revel in the feeling of cold porcelain against your bum. And try not to fall in.

In India we even offered to buy a toilet seat for our bathroom. The manager refused. “The owner doesn’t like the idea of toilet seats”. I’m still scratching my head about that one.

The abundance of water in or near bathrooms is prime mosquito breeding ground. Look for competent screens on windows and over drains (let’s call this the ‘Best’ rating). If there isn’t any, check that your bathroom door at least seals well (a ’Better” rating), and keep it closed to quarantine the insects. You’ve been warned.

Typical Indonesian bathroom vent: No flyscreen. But a pleasant view of outside. 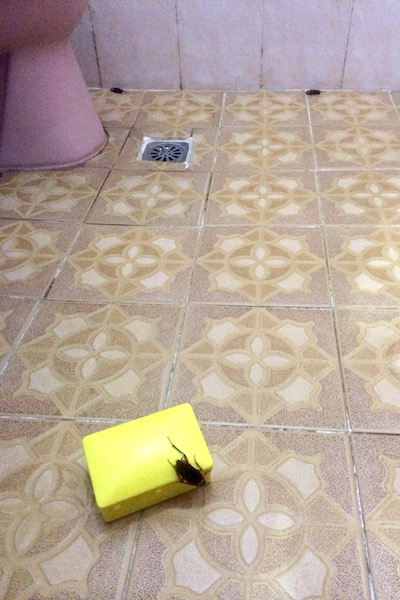 It’s funny how I usually fail to notice what is considered essential in every western bathroom. Without a sink, just spit your toothpaste into the toilet. No worries mate.

The biggest annoyance of no sink is actually having nowhere to rest your toiletry bag. That’s why I’ve attached a loop of cord to hang mine. There’s usually at least a door knob — or even better:

You’d assume that when an entire room is the shower, hooks would be an obvious inclusion. Alas, not in the classy establishments I frequent. They’re a pleasant bonus. 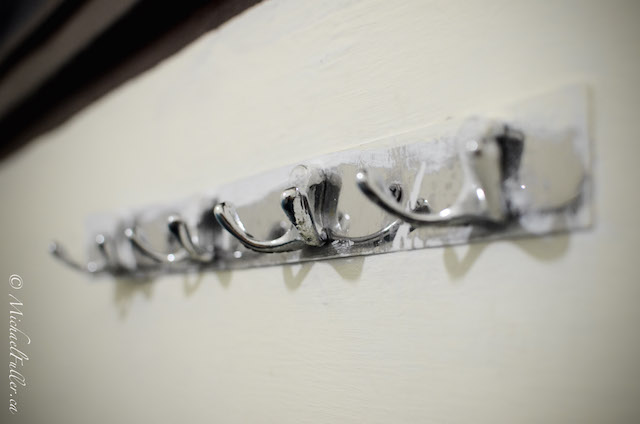 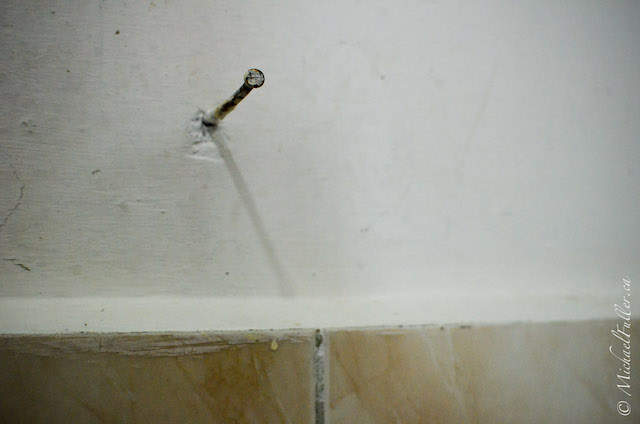 So what have we learned?

When surveying the scene you can, in under 30 seconds: Look around, test the various knobs, levers, valves, switches, buttons, and check:

I hope that armed with this handy checklist, you’ll be prepared to quickly inspect and reject any cheap hotel rooms that don’t meet your low standards.