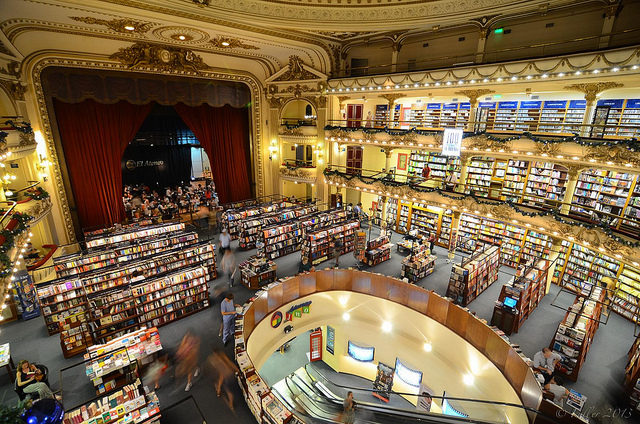 (the second most beautiful bookstore in the world)

Failing to plan is planning to fail

After booking my ticket to Rio to visit Jenn on her only holiday of the school year, I began to collect the visa documents. I knew firsthand that the Brazil embassy in Senegal could turn visas around in three days. My flight was in over three weeks. How much more processing time could my ‘local’ Brazil embassy in Canberra require?

Heaps. Nearly ten times longer than their African counterparts. I was astounded: every Brazil embassy in the world seemed to require less processing time. In Singapore they need a single day! This was of no interest to the Canberra embassy. No amount of charm, tact, or money could sway these inefficient ambassadors. I was in a real pickle.

Over the next week I squeezed my brain, wringing alternative plans from the grey matter. Plan B materialised during my near-sleepless first night after hearing the news. I’d just send the application to the embassy in Ottawa instead! But there just wasn’t enough time for all the steps required.

Plan C was calling the head Consular of the ultra-efficient embassy in Singapore to do my visa. He took a tense few days to reply, eventually agreeing to accept my application! I’d just need to pop over to their office with the documents. In person. No exceptions. They clearly weren’t paying attention.

I began to consider Plan D: cancelling the ticket and forgetting about the whole trip. But friends and coworkers helped me hatch more plans:

Plan E was to change my flight to Argentina instead. But when I called the airline, they had just sold out of seats.

Lastly, Plan F was flying Jenn to Perth, which was a bit silly for only 10 days.  When the roulette wheel stopped spinning, the ball landed miraculously back on….

Plan E: a seat became available to Buenos Aires, somehow. We were going to Argentina. 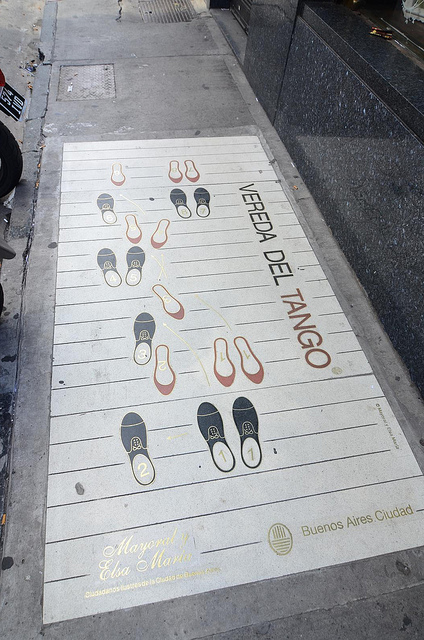 (anyone for a sidewalk tango?)

The original ticket was booked to get me to Rio for New Years Eve, in time for the largest party on the planet. Instead I arrived in Buenos Aires for a slightly quieter celebration.

Perhaps too quiet: At 8pm on arrival I tried to catch the metro (called the Subte, for subterranean) to my hostel, but it was barricaded closed, with homeless people sleeping in front of the entrance. I walked to the nearby bus station (against the advice of my couchsurfing contact), got hassled by some hobos demanding money, and eventually got a bus to my hostel.

The scene improved immediately, greeted by friendly people who fed me dinner and delicious local wine! Many of my new friends had spent months in BA. It was all testimony to the lure of the city and the lifestyle of its residents (called ‘porteños‘; or port people). The city is adorned with colourful and intricate street artwork; lively markets with beautiful crafts and antiques; gorgeous old European architecture from a time when Argentina was awash in wealth; and amazing live music, everywhere—restaurants, Subte tunnels, and even amongst friends hanging out in parks. 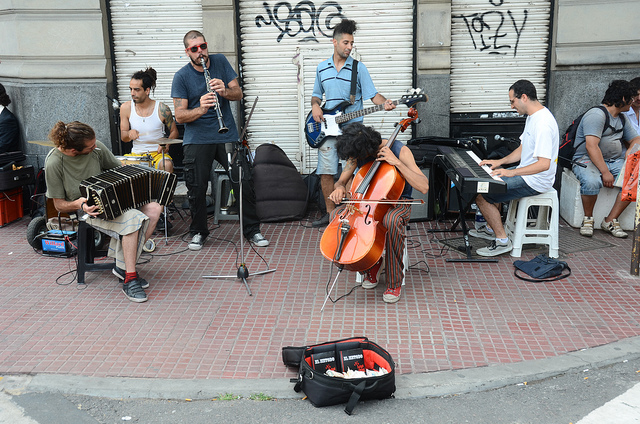 But BA has a shady underbelly. And I don’t mean the thriving currency black market, in which I regularly participated for 50% better rates than the banks or ATMs! It’s actually referred to as the ‘blue’ market, because it’s not very illegal: my marketeers had a shop front, and nodded hello to police nearby as I exited. These friendly marketeers even taught me how to identify counterfeit notes!

The underbelly (or bellies) to which I refer are the masses of homeless people—some, whole families with small children—living on mattresses below underpasses, or in the parks set up along busy avenues. One family had turned the entire bicycle lane into their living room, couch and all.

Then there are the cartoneros, or urban recyclers, who comb the streets at night, scratching a living from recyclables and anything else of value. Jenn watched one fellow with his son tearing through discarded bags a metre from an open bakery entrance. He stuffed his pockets with anything valuable, his son’s mouth with anything edible. It was a powerful scene. 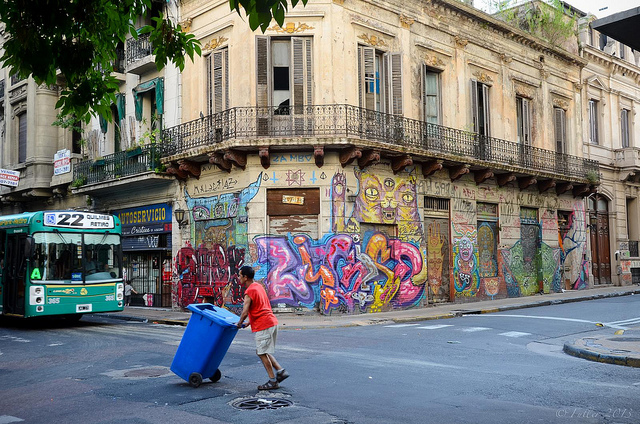 Explaining this encounter reminded my friend Susanna about the unfortunate timing her friends had for their arrival in BA, weeks earlier. A wretched heat wave had blanketed the city with choking humidity for a week. And the garbage collectors had gone on strike. The night her friend arrived, a long power failure struck, deflating any hope of airconditioning. The filthy stench of humidity and garbage welcomed him to the city. Impeccable timing, she explained. 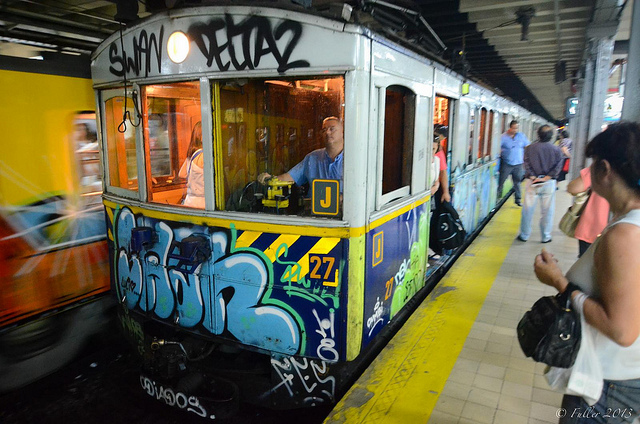 In Argentina and Uruguay there are two months when all the students are out of school and university, and the weather is beautiful. Within that ‘high season’ for travel, there’s two weeks when most adults are off work, too. This is known as the “peak high season”. It’s also known as the two weeks we happened to be visiting these countries. 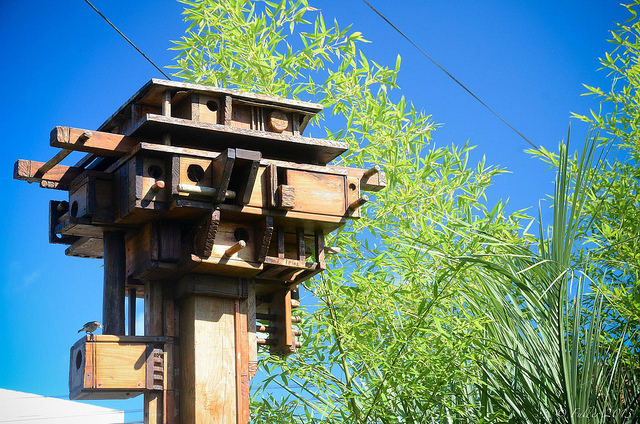 (our carpenter-cum-hotelier was an accomplished woodworker. These birds are ‘the 1%’ the rest are always chirping about)

In Uruguay, most accommodation prices along the beach towns had quadrupled. And sold-out still. We arrived in one such laid back town — it had just one paved street, restaurants overlooking the ocean, cozy beach shacks everywhere — to find it bursting with teenagers, roving in packs like wild animals, cradling bottles of wine and beer.

I was optimistic: They seemed so tame! Just a friendly mob of teenagers on their way to watch the sunset, play some guitar, and enjoy a couple beverages in good company.

Jenn is a high school principal. She spends a bit more time around teenagers than me, and didn’t share my optimism.

We were exhausted and went into our overpriced rented tent (in a kind carpenter’s backyard) at 10pm, when the town was fairly tame; only a few loud voices outside. By 12am the music was building, and everyone was raising their voices over it. Around 2am the random hollering around town layered atop the music, and a few dogs joined in for symphonic effect. At 4am, a few loud motorbikes completed the ensemble.  This carried on until the decrescendo at 6am.

Then the town slept. And we slept. The distant sound of waves crashing lulled our exhausted ears to sleep. For an hour.

The neighbour’s construction had begun. It sounded like the table-saw and hammers were inside our tent. I fully realised at this point that the advice I’d collected on places to visit pertained to the other 50 weeks of the year.

So we thumbed it to the next town. Here our fortunes changed, but not necessarily for the better: our next room had real walls to soften the party noises. But they were full of holes, and at night the mosquitoes assaulted us. At least the overpriced tent was sealed!

There are few people in the world mosquitoes find tastier than me, and unfortunately for Jenn, she’s one them. In the morning, one of her eyes was nearly swollen shut from all the bites. We packed up again, and thumbed it across town, eventually finding bliss in a dear old hotel on the beach. 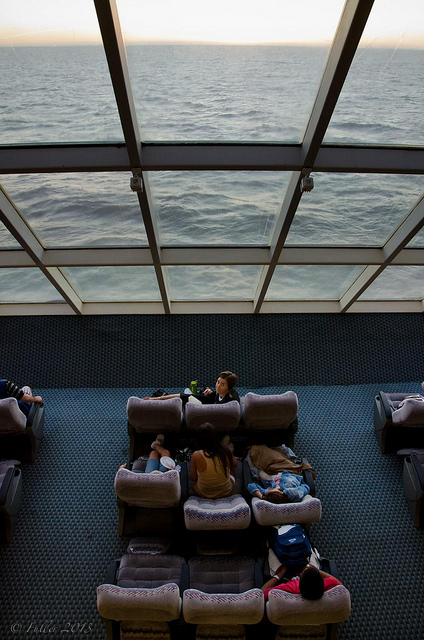 Thoroughly relaxed, we headed back to Buenos Aires. Jenn had developed an appetite for amazing anchovy pizza, me for excellent empanadas, and us both for the wonderful wine. And we had a toast, as it was her last day off for 6 months, and my birthday. Cheers.

(Buenos Aires rises over the horizon)

¿But what about the rest of the photos?

» Americas, Experiences » The Life of a Porteño (Argentina update)