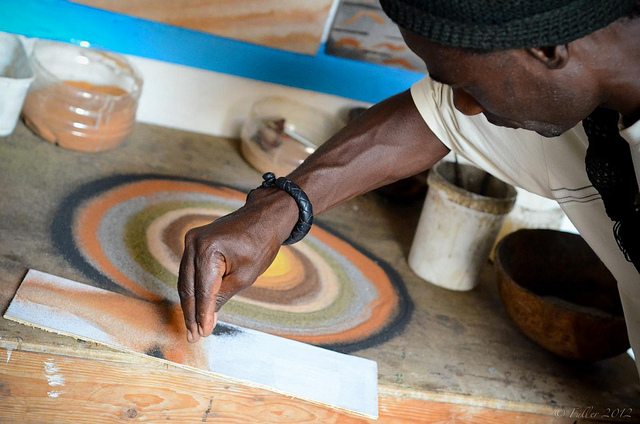 We Interrupt This Programming

The tall-ship Sørlandet upon which Class Afloat is based has all their classes during the sails, regardless of the day of the week, or the roughness of the seas. When laptops are sliding off tables, and seasick students writing midterms are sprinting up onto the deck to vomit down the funnels, this may seem a bit cruel. But when the ship reaches port, it’s all worth it: the students mix their days between free time exploring, and programs organised by the school (often tied to the previous weeks’ topics, and informal port presentations that teach students about the history, culture, and language of the new country their visiting).

It’s amazing that the students can be carrying building supplies at an eco-village in Corsica one week; camel-riding in the Sahara another; and taking surfing in the Canary Islands the next (those fearless students catching waves without regard for the treacherous reef threatening to tear skin and break ankles). I was lucky to be involved with just a few of these port programs, which included hiking in a moonscape around the highest mountain in Spain (the volcano Teide in the Canary Islands, quite far from mainland Spain!); visiting a Peace Corp waste management project in Senegal, recycling rubbish paper from the community into briquettes (fighting litter and deforestation simultaneously); a cultural exchange with university students in Dakar, involving skits, musical jams, and an overnight home-stay for each CA student; and a two hour African drumming show in the streets of Dakar, where students danced so hard they ripped their pants.

Fortunately, we managed to find a tailer within minutes who repaired the pants with time remaining for more dancing! 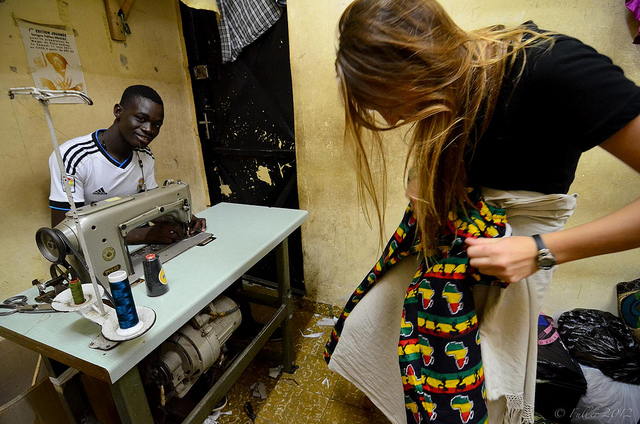 The ship also featured some pretty entertaining nights. One Sunday with no official prompting, everyone donned their best clothes and sat down for a fancy dinner party together. Another themed night, everyone ate dinner without cutlery—each was only given a random kitchen implement to eat their spaghetti.

It was tough to pick who had it worst: a knife sharpener? Cheese grater? Meat tenderiser? Or a whisk?  The night the students went on their home-stay was pretty special too — it’s not even once a year that all the maritime and academic crew are on board without any students around.

Though things got a bit wild at times, three memories that I’ll never forget: Hours of musical jams with gifted guitarists and singers Peter, Tobi and Bryn; long talks with fascinating sailers who’ve traveled the world (including one raised on Pitcairn Island: population 60); and at one point, so many of us crammed into the hot tub (a.k.a. the inflatable mini pool) that no space for water remained. 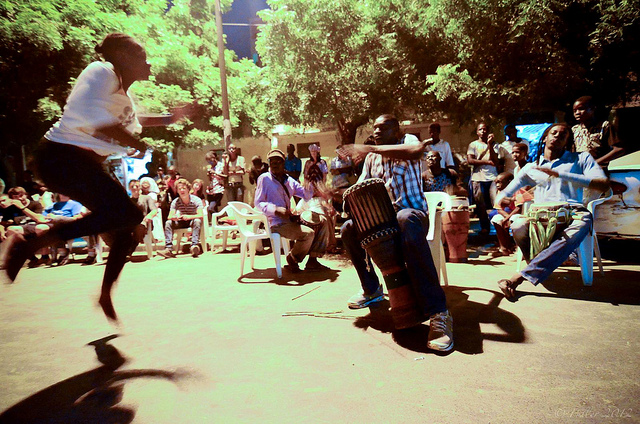 I seemed to spend a lot of time with taxi drivers in Dakar. They helped me learn some Wolof, and laughed constantly as I greeted locals out the window with my new words. I spoke to old women without teeth trying to sell me something, I know not what; incredibly friendly beggars without legs, wearing flipflops on their hands to protect them from pavement (note this is not supposed to be funny, these guys have a damn tough life), and even a few policemen who in Senegal all have perfect posture and 0% body fat. Greeting the cops made the taxi driver laugh the hardest.

In my countless trips to the Brazil embassy to help get visas for crew members, each driver took a different path, which at first confused me—how could there be so many different optimal ways to get around the city? I wasn’t about to question a local, let alone a taximan: In fact I was grateful that it let me continually discover new parts of the city!

I experienced the furniture neighbourhood, where hundreds of new couches, still in plastic-wrap, are displayed on the curb, no store in sight (who guards them at night?). Further south, the mechanic’s street where all manner of wrecked cars were laid out in neat rows on the median strip. Understandably, nearby was the old tyre street, with hundreds of used tyres piled up beside the road, surely to be reused until every last tread was gone (and then I’m sure reused again somehow).  Not specific to any neighbourhood, but scattered throughout the city, were sidewalk fruit stands, nut vendors, cobblers, and barbers. 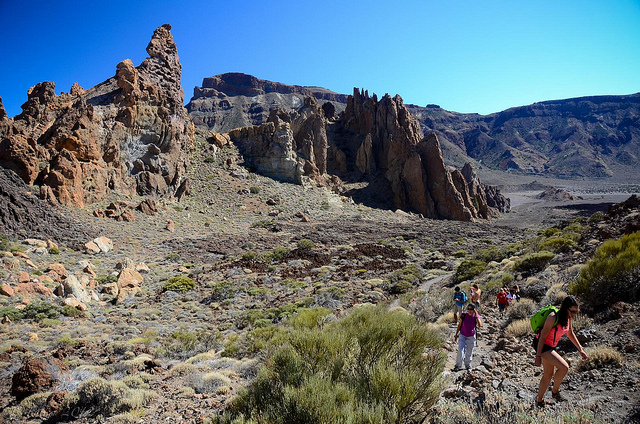 Our most problematic taximan turned out to be the one we spent the most time with, during a 3-hour return journey to the famous Pink Lake, deceptively close to Dakar. In space, but not in time, as is the case in much of Africa. The driver, perhaps the only person in Senegal who imagined it possible to adhere to a schedule, was complaining at us for swimming 10 minutes longer than we agreed to stay.

On our return trip, he became so agitated and rude that he wouldn’t even stop for Bryn to have a pee. After a long chat we finally unraveled the source of his agitation: his friend had agreed on the price with us, and it was too low. So we negotiated to pay an additional $5 if he would meet four criteria:

It was a win-win-win situation. 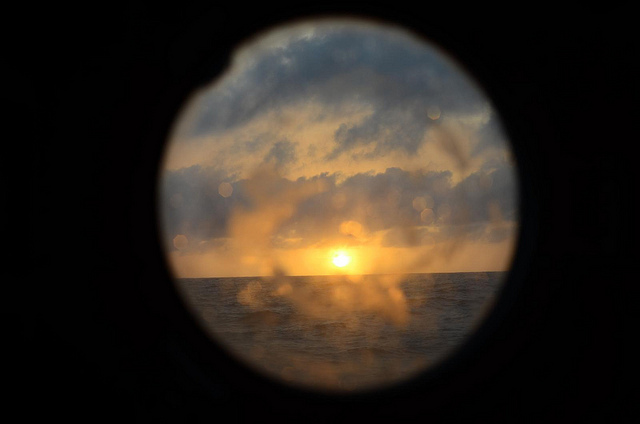 This was the longest I’d ever traveled in a French speaking country, and I was pleasantly surprised that I could dig up some remnants from the 9 years of French classes. I could actually hack together a few sensible phrases! As mentioned above, I managed to memorise a few phrases in Wolof to use when speaking to people on the street.  Being a muslim country, people speak some Arabic, which Jenn knew to use. And of course, there are always english speakers. This is how we came to be greeting people in four different languages on a daily basis, which is a pretty ridiculous thing when you think about it.

Some the Senegalese students we spent time with as part of the cultural exchange program gave me my name, which as you may know, I usually get in each country. This time, my name is basically the Senegalese version of “John Smith”, which seemed pretty boring at first, but actually turned out great. I would meet people daily with my surname, and we’d laugh, shake hands, and call each other brothers! 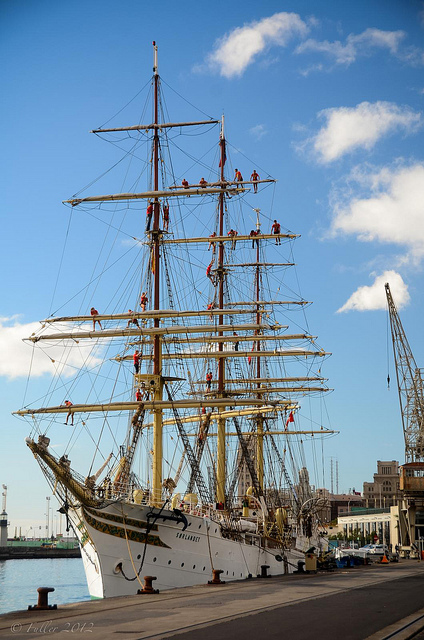 One of the most fascinating students on the ship was a fellow with an incredible vibe about him: He simultaneously radiated peace and calm while still being insatiably inquisitive about the world. One of his many great questions he posed to me was “What have you learned from this trip?”, which I considered carefully before answering. Three things stuck out in my mind:

Firstly, how amazing teenagers can be. The exceptional group on the ship make me question my entire memory of high school: It seems impossible that many of the students there were like these students. But maybe I have a different perspective now.

Secondly, the richness of the world of sailing, with all the traditions and history. I can understand the freedom, adventure, and camaraderie that draws people to this lifestyle, often permanently.

And lastly, I learned the power of context in creating unforgettable relationships, quickly. Jenn and the crew have created such a conducive environment for openly demonstrating love and respect. A place where teenagers don’t bully: they engage in hug attacks.  And don’t complain aloud, but announce their most awesome moments. And takeover in the galley when the cook is too ill to stand.  A place where you can grow to love people who were only strangers mere weeks earlier. 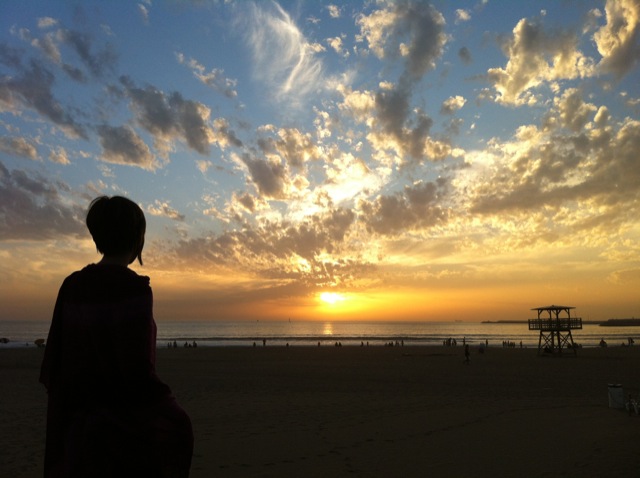 Now that I’m home and have got my land-legs back, I’ve been able to finish uploading all my favourite photos from the month (some of which are featured in this very email). If you wish to see the rest, get on your longboard and surf over to my Flickr site.