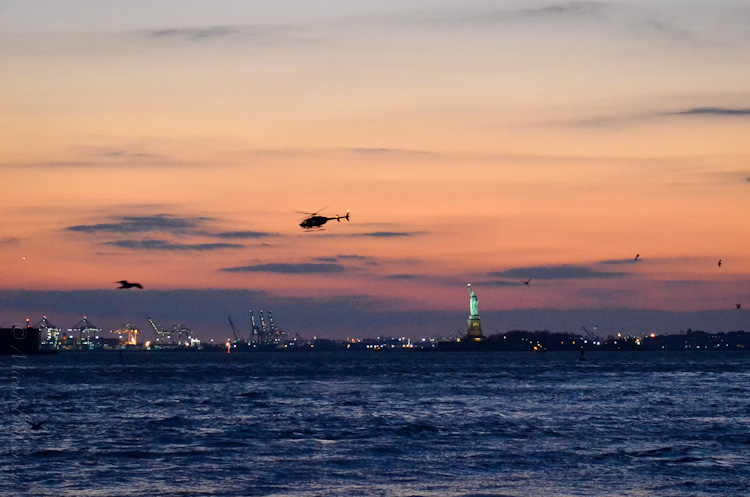 The Big Apple. The City That Never Sleeps. The Empire City. New Amsterdam. Gotham. The Five Boroughs. The City So Nice They Named It Twice.

After the west coast climbing adventure and on either side of family Christmas events, I spent a month holed up in a Toronto basement, racing to finish my book (the World at Work) before the next trip (one to a place with no internet).

It’s been an unintentional tradition of mine to spend New Years Eve in random places – including secret camping in the wilderness of the South Island of New Zealand; kitesurfing in a small town in Western Australia; my first night in Argentina at a Buenos Aires hostel; and a gay club in Melbourne). One of my oldest friends had been living in Brooklyn for many years and I’d never visited him. In fact, somehow I’d not *ever* been to New York City!

Not knowing how long I’d be stationed so near, I tried to organise a Craigslist rideshare to visit. After a few fails at organising – due to dodgy or flaky strangers – I jumped on a little plane with two little lenses (primes 35mm & 50mm). I only had a few half-days of shooting, so this essay is short and sweet. I hope you enjoy the results.

Click the photos to view them in a glorious full-screen gallery, using arrow keys to change photos.

Birds of a Feather... eat seeds that humans throw to them – despite the signage – together

Car Stacker – Street side. (a brilliant business idea where real estate is at a premium...)

Americans know how to do Christmas properly: with giant trees, and plenty of lights!

The "Crazy Piano Guy" wheels out his baby grand piano and busks in Washington Square Park three days a week, often 12 hours a day, all year round.

Stumm, the reason for my visit, and my mate since we were age 11 (when he did not have a 'stache)

So. Many. Helicopters! They seemed to take off every 5 minutes.