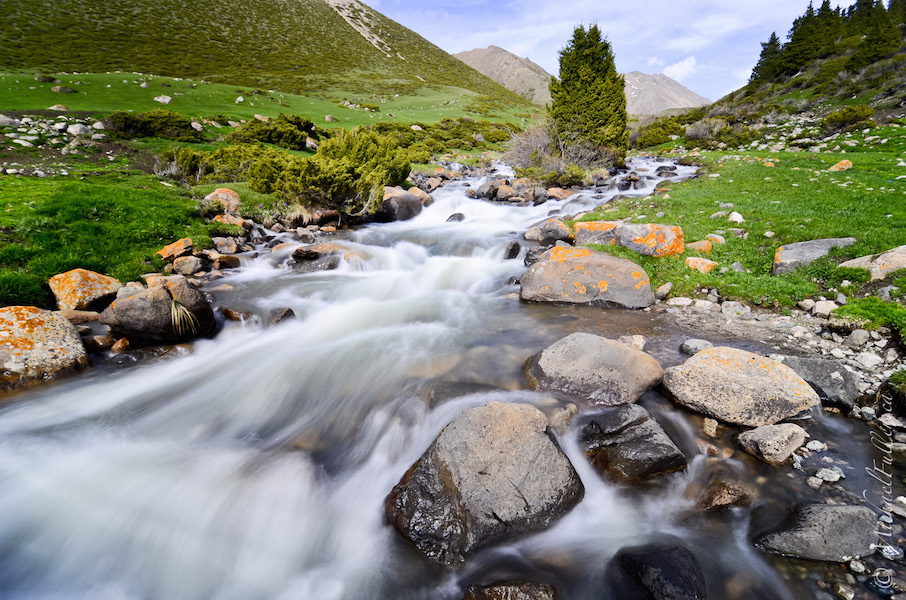 [This is part 2 of my introduction to ‘the Stans’ of Central Asia. You can read part 1 “Where the Heck is Kyrjikistan” here; or view all three photo-essays from the region here]

TWO WEEKS BEFORE I LEFT PERTH, a new friend at a party asked me a simple question I hadn’t been asked before and wasn’t prepared for:

“Why are you going to Central Asia?”

Usually when I open my mouth without thinking, I find my foot in it. But this time it summarised my feeling of allure. 1 So now, after two months journeying through a vast blind-spot on my world map, what do I know? Well, a few things:

These countries have much in common. They are neighbours; they shared Soviet rule; and they’re wildly multi-ethnic, owing partly to the silk road legacy, and partly to Stalin’s crazily-drawn borders cleaving towns and creating exclaves – to the dismay of locals, but the delight of geography nerds. (More on this later.)

What I never realised was that…

These countries have much not in common. It was once easy to sweep my hand across a map of unpronounceable names representing obscure landlocked countries packed out of sight in the innards of the world’s largest landmass, and just assume they’re pretty similar. I mean c’mon, they’re all ‘Stans right?

But it becomes apparent once you arrive how different the people are, not just between countries, but within them. Without exaggeration I say that Central Asia was multicultural many centuries before we westerners even conceived of the idea, and a millennia before us Canadians proudly became the first country to adopt it as an official policy.

[I plan to quite literally show you how diverse these nations’ peoples are, in a photo-essay. Make sure you’re subscribed so you don’t miss it]

But as the saying goes: Looks aren’t everything. The countries also differ on language (Turkic vs Indo-European) and geography (only one week separated my stay in Kyrgyzstan’s 8˚C mountains from Uzbekistan’s 42˚C brain-cooking deserts). Even their styles of police corruption and government autocracy differ: In Kyrgyzstan the cops will shake you down and rob you; in Tajikistan everybody pays daily mini-bribes; and in Uzbekistan the ubiquitous green-clad cops slowly kill you with tedious bureaucracy. 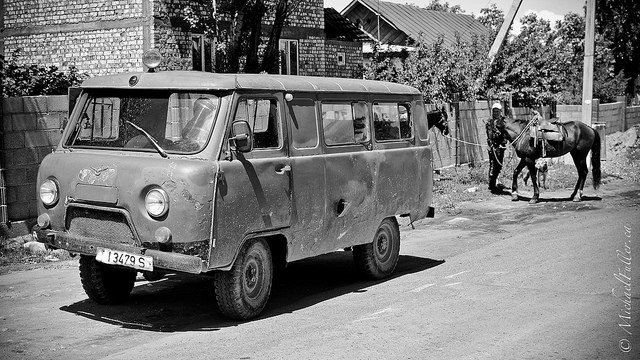 Another thing I know about Central Asia: Their ex-Soviet vehicles are built like tanks. And equally comfortable. 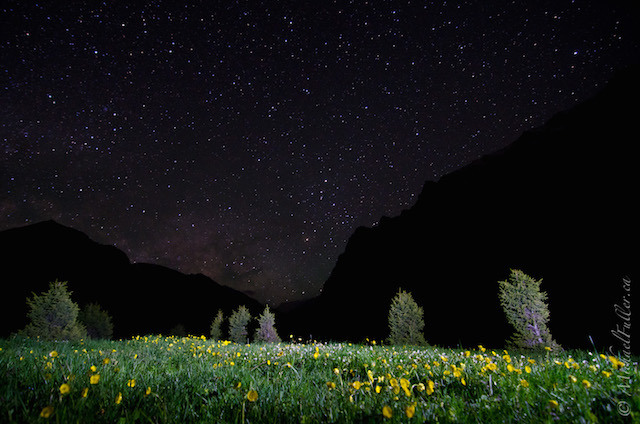 LAST TIME YOU HEARD FROM ME on Central Asian history, we were building a cake – but you’d only tasted the icing on the crusty, centuries-old layers. Now it’s time to taste the icing of some newer layers of history.

The Russian Empire imploded in a revolution in 1917, giving rise to Lenin’s Bolsheviks and the CCCP. I write it this way (not as ‘USSR’) to illustrate something for those who, like me, have spent years reading the letters out in your head as “See See See Pee”. We’ve been wrong all along!

Those characters are not Latin, they’re Cyrillic. And they stand for ‘Soyuz Sovetskikh Sotsialisticheskikh Respublik’. (Does the first word bring to mind a certain Russian spacecraft still in service after 50 years? Soyuz means ‘union’) So next time you see CCCP, I hope you’ll read it as “Ess Ess Ess Arr”.

While we’re on the topic of alphabets: You probably know that Central Asia, with its Islamic roots, used the Arabic script for centuries.  And you probably also know that the region was part of the USSR, so these days they use the Cyrillic script.

But what you probably didn’t know about what happened for a brief period in between: They used Latin!

This is a funny anecdote, but the changes in the region were far more than alphabetical. The Bolsheviks also imposed their system of collectivism on the region, to eliminate private property, and to end the nomadism fundamental to Kyrgyz and Kazakh herders. The response to such a radical policy was rebellion. Rather than give up their animals, herders slaughtered them and ate what they could. This led to famine years later.

Another thing the new overlords imposed was nationalities. I know that sounds strange, but before the USSR, Central Asians categorised themselves under the various criteria: Religion; clan; Turkic vs Persian; the landscape they inhabited; or status as either nomad or settled (‘sarts’).

The Soviets worried a region-wide Islamic or Turkic identity might emerge, uniting them against their colonial masters. The solution? Lenin ordered Soviet scholars to ‘identify’ (some might say invent) nationalities. And they did: Kazakh, Kyrgyz, Tajik, Turkmen, Uzbek. Each nationality was assigned a language, history, and territory (ie a ‘stan’). Notably absent from each prescribed identity was religion.

It’s also said that Stalin personally drew the borders of these territories to contain numerous competing pockets of people. With such restrictions, chaos and competition, the only way for Central Asians to keep order would be with the guiding hand of a strong central government. It was brilliantly villainous, and it worked.

For all the aforementioned dividing, conquering, and linguistic/cultural fiddling, most historians agree that Soviet rule was still a net-positive influence on the region: They boosted healthcare, infrastructure, industry, farms, and education (expanding it beyond male-only medressas to women and all social levels). They brought literacy up to an astonishing 97%. They encouraged women to join the work force, in administration and academia. The Soviets even encouraged theatre and limited artistic expression (evidence by the region’s peculiarly ornate bus shelters and metro stations. No joke.) 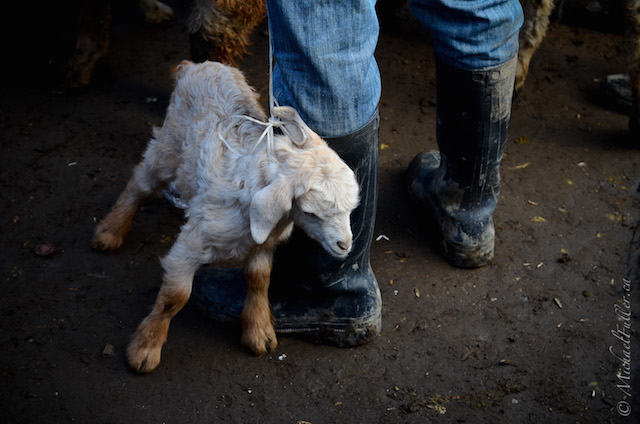 So cute; it’s no wonder the Kyrgyz herders wouldn’t give up their animals.

It’s for all the above reasons that the USSR’s final act of rug-pulling (that is, their own catastrophic implosion) led to an economic depression in Central Asia three times worse than America’s Great Depression. The region still hasn’t recovered.

Think about the significance of this: It’s 2015. The collapse was in 1991. Some of you weren’t even alive at the time. That’s an entire generation of people knocked back over their heels. An entire generation striving to have a standard of living comparable to what their parents once enjoyed.

Being a kid in the west at the time, I barely heard about – and lacked the capacity to understand – the significance of the Soviet Union’s collapse. So, as I travelled across the ‘Stans, I asked people about it.

They painted me a first-hand picture of life during and after this upheaval. And through my next stories, I’ll repaint some of their pictures for you. And with my camera, continue to paint you some new ones, too.

[I’ve already released three photo-essays from the region including the brand new “Awesome Alpine Panoramas“. So check ’em out!]