Where the heck is Kyrjikistan? (A Fingerful of Central Asian History, Stans #1) 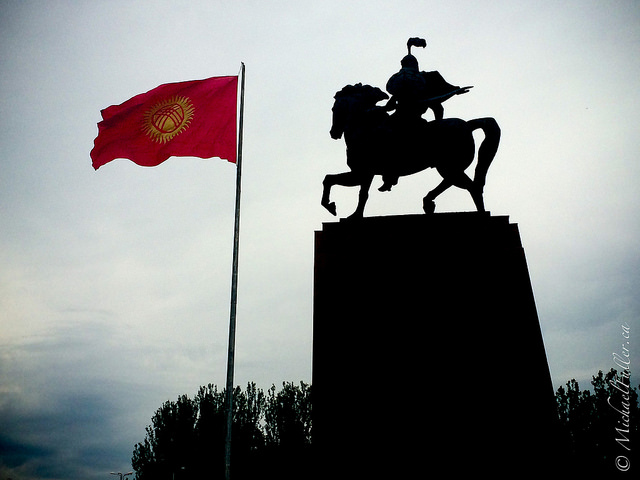 AFTER EXPLAINING MY ITINERARY, she paused on the other end of the line.

“Where the heck is Kyrjikistan?”

You know you’re going somewhere interesting when your travel insurance company has never heard of it.

Let me introduce you to somebody

There are few places in the world that, when mentioned, will invoke in one half of your audience a sense of wonder, and in the other half, confusion.  This travel-insurance agent hadn’t heard of Kyrgyzstan, Uzbekistan, or Tajikistan. Even when I spelled them carefully (again) for her.

But I can’t blame her. At the time, the only thing I knew about the ‘stans, that she didn’t, was how to spell them.

His name is ‘Stan

Central Asia is a layer-cake of great histories atop epic histories. And this cake is sized for a wedding.  Let me provide a sampler of history – just my favourite bits from the past 5000 years, excluding the last 200 (that’ll take a bit more explainin’).  A fingerful of icing if you will, from each of the bottom layers of the cake.

It all began with horsies

Long before laser-guided drones allowed soldiers to fight wars like they were video games, the cutting edge of technology was the domesticated horse. Five thousand years ago, horses gave the nomads of the Eurasian steppes a technological advantage that would last millennia.

A major improvement to keep that advantage was from what I call “Horse 2.0”. The adoption of the saddle and stirrups (invented elsewhere, in 700BC and 300AD respectively) allowed archers to fire without dismounting or even slowing down. And fire they did: The nomads of Central Asia and Mongolia (and others who learned from them) with armies of agile horse archers dominated warfare in Eurasia for over a thousand years.  This would last until the invention of gunpowder weapons in the 15th century. 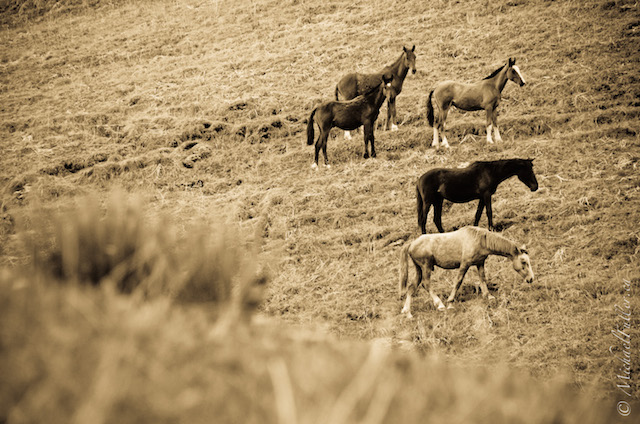 Alex, Genghis, and Marco had a visit

If you’re anything like me, names, dates, and places in history pass directly through your vacuous cranium without even slowing down. That is, until you have some other tangible ideas to hang them on.  Central Asia provides such tangibility, because so many big names in history have originated from, settled in, or destroyed parts of it.

Take, for instance, Alexander the Great. This King of Macedon founded cities around his growing empire which extended east from Greece. All these cities bore his name – the most famous being Egypt’s Alexandria. In 300BC he founded a city at the very edge of his kingdom at its peak, and called it Alexandria Eschate (‘furthest Alexandria’). Today that city is called Khojand, Tajikistan’s second largest city. 1

Al the Great later conquered Samarkand (one of the oldest cities in the world, and Uzbekistan’s third largest today).  Al was quoted as saying, “Everything I have heard about Samarkand is true, except that it’s more beautiful than I ever imagined.”

A thousand years later in 1219, another celebrity conquerer with the name of Khan road out from Altay with 200,000 men, to put his name in our history books (and his genes into a lot of descendants). Genghis Khan proceeded to flatten Bukhara (Uzbekistan) killing 190,000 people in a matter of weeks. That’s a lot of arrows.

Polo! Forty years later in 1261, a merchant named Niccolo Polo would spend three years stranded in Bukhara before being invited east to meet Kublai Khan (Genghis’ grandson) in Beijing (where he was Emperor; the first foreigner in history to conquer China). There, Niccolo was adored, and given a golden tablet as a passport to allow him to travel safely back to Venice (where he’d left his 6 year old son nearly ten years earlier!). Niccolo Polo and his son Marco, would later return to Central Asia, crossing the Pamirs (Tajikistan) on their way to China and back – a journey that would last 24 years (people today think three weeks is a “long” trip) and gain Marco fame as a writer (despite nobody believing his stories were actually true).

And of course… the Silk Road

The Silk Road story began in 119 BC when the Chinese empire sent visitors to the Fergana Valley (in Uzbekistan today). The emissaries reported back on Central Asia’s ‘heavenly horses’, which they believed descended from dragons. (They also reported the existence of an enormous empire further west they called the Kingdom of Daqin. We call it Rome.) Fifteen years after this visit, China and Parthia (in today’s Iran) exchanged embassies, and formally opened trade on the caravan route between them.  The Silk Road was open.

What do you think the first major commodity of the Silk Road was? Yeah, silk. That was an easy one. The Chinese traded it for those heavenly horses of Fergana, which they used to fight off Mongolian invaders. (They also tried building a big wall. You might have heard of it).

But what’s really interesting to me is that we call it the Silk Road.

Not just because the term “Silk Road” wasn’t coined until the 19th century by German geographer Ferdinand von Richthofen, 2000 years after the route’s creation.

Not just because it wasn’t a road, but dozens of routes leading to Jordan, Turkey, Russia, or Europe. There were two main options through Central Asia.

You might opt for the northern, safer route – but beware the chilling mountain passes and terrifying raiders. Or you could go the southern one and potentially die of heat exhaustion, thirst, or both (if you could die twice). Long desert traverses only got worse over the centuries as desertification dried up wells and buried towns under sand, so the southern route became less popular with time.

People traversed the Silk Road in sections, and very few went end-to-end. The middle men in Central Asia got rich, in towns like Bukhara (in Uzbekistan) and Merv (in Turkmenistan, and in the 12th century, the world’s largest city).

Not just because the most influential thing ever traded on the Silk Road wasn’t even a commodity, but knowledge. For instance: Paper. The Chinese guarded their secret for centuries, but eventually paper-making sprang up in Samarkand (Uzbekistan), then Baghdad, and finally Europe.

Not just because silk was only one of the dozens of commodities going west: among tea, paper, porcelain, gems, medicinal herbs, spices. Eastern traffic included gold, silver, ivory, horses, wool, walnuts, and wine. And that in both directions (and often staying in the middle) was the one commodity nobody mentions much, but one of the most popular:  Slaves.

Especially between the 8th and 11th centuries you might as well have called it the Slave Road. Khiva and Bukhara (Uzbekistan) had slave markets that remained well-stocked until the late 19th century. In just the first half of the 1800s, over one million slaves were sent to Khiva. According to one missionary report in 1844, Bukhara’s population included over 200,000 slaves.

The demise of the Silk Road began in 918AD when China’s new Tang Dynasty retreated from cosmopolitanism. But the knock-out punch came in the 16th century with the increase in maritime trade, far quicker and less deadly than deserts, mountains, and raiders. At that point, the fate of the Silk Road was sealed.

And I’ll let the Silk Road summary be the knock-out punch for this round of Central Asian history!

I haven’t touched even a single sprinkle from the ‘modern’ layers of this cake: The Great Game, the USSR, the ‘invention’ of Central Asian nationalities, and the post-Soviet collapse – which still rumbles the region today in so many ways human, economic and environmental. But I will.

So please stay tuned over the coming weeks for a series of Central Asian photo essays and more stories. You’ll learn about the landscapes, the Ladas, and the lovely people of these remote and mysterious countries. (If you don’t want to miss an update: subscribe!)

And if you want to hear some random fun facts about Central Asia over the same period, follow me on Facebook or Twitter. I’ll use the hashtags #CentralAsia #fact.  With my help, you’ll be well prepared for the next time someone asks you about Kyrjikistan. 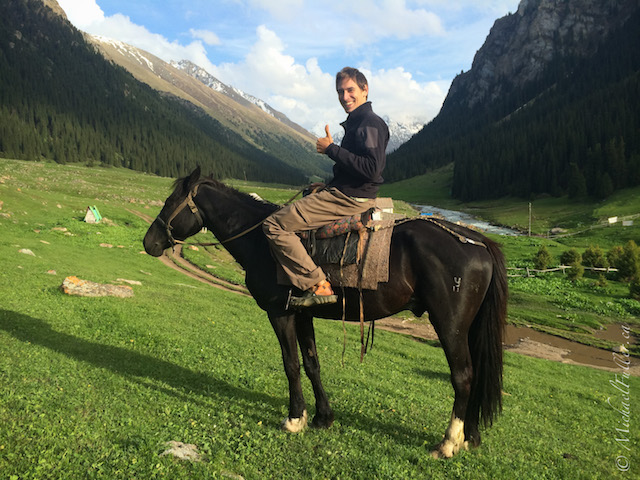 » Asia, Experiences » Where the heck is Kyrjikistan? (A Fingerful of Central Asian History, Stans #1)