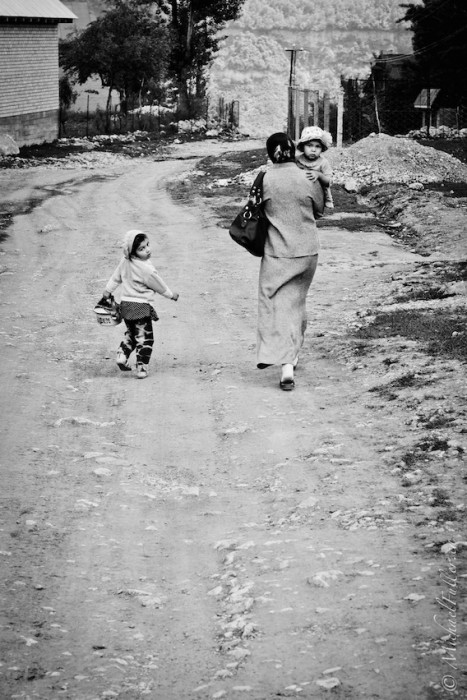 IT ALL STARTED LIKE many travel stories. At an airport.

But this time was different, not just because I was in Bishkek, but because my head was spinning. Ever wake up and not know where you are? Well, take that feeling of panicked confusion, and couple it with a mental fog of drunken proportions. That’s how I felt.

I was sleep deprived from the red-eye flight. I couldn’t understand a single word written anywhere or spoken around me. I had no money in my pockets, and no idea how to get to my hostel.

And… I kinda loved it.

These are my favourite moments when travelling. Even while a pit of despair rose in my stomach as I watched bags steadily appear on the carousel and get reunited with their owners.

As the river of luggage became a trickle, my bag was nowhere. To calm my rising panic I grasped for something familiar. I read the only english words I could find, on the customs board list of prohibited items.

“Printed products and clichés which can cause harm to the Kyrgyz Republic.”  Wha?

The board later states explicitly that go-karts are allowed.

“Why am I reading a customs board?” I wondered to myself. “And where the heck is my backpack?”

Soon, I became that pitiable last-man-standing at the baggage carousel. Perhaps a pathetic fallacy, that lonely belt – I watched it turn, turn, turn. Then screech to a halt.

I found someone to help. Apparently this was a daily occurrence, and I would get my bag “the next day”. Finally that motherly advice “make sure you wear clean underwear” had proved useful: My bag wouldn’t arrive for two days.

That wasn’t actually the beginning of the story.  It actually began almost exactly 7 years earlier, in China

My fascination with Central Asia was born in Xinjiang, China’s largest province. So large, in fact, it borders 8 countries. There I travelled overland for a few weeks, reaching an important Silk Road era town on the Afghanistan border. It was my ricochet point, the deepest part of my foray, and the furthest one could physically get from Beijing while still inside China.

En route, I spent the night beside a huge lake, sleeping in a yurt overlooking peaks scraping “the rooftop of the world”, the Pamir Mountains, a range with many peaks over 7000m. The family who owned the yurt were ethnic Kyrgyz – and I’d never before heard of them or their ethnicity’s home country. But I never forgot the discussions that evening with these hospitable mountain nomads, nor how snuggly they tucked in the five of us that night: In one long row on the floor, warding away the cold alpine air with fifteen blankets. 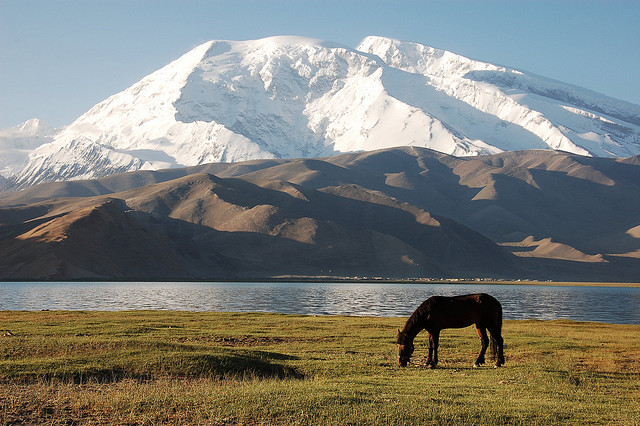 View from our yurt in remote Xinjiang. 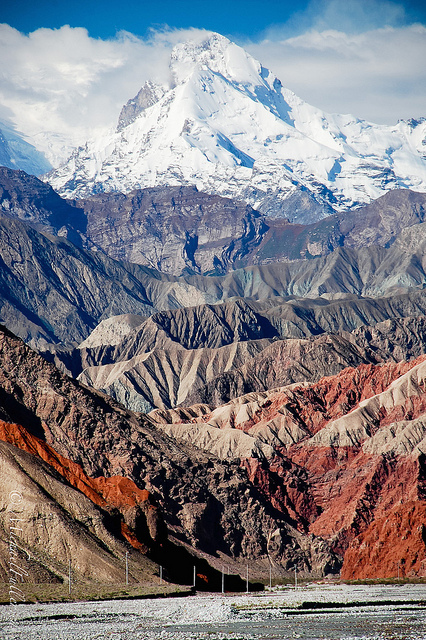 Some Xinjiang scenery. This peak punctures the sky at over 7000m. 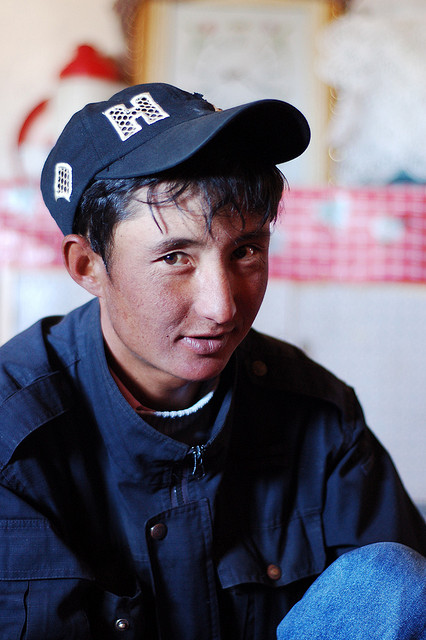 One of our Chinese-but-ethnic-Kyrgyz yurt owners.

When we reached that ricochet town, Tashkurgan, the next day we could only stay an hour. (The military checkpoints en route had barely let us through as it was.) But in that brief time, I felt like I’d discovered a lost world.

At one point I saw three locals walking towards me, and I stopped them for a photograph: 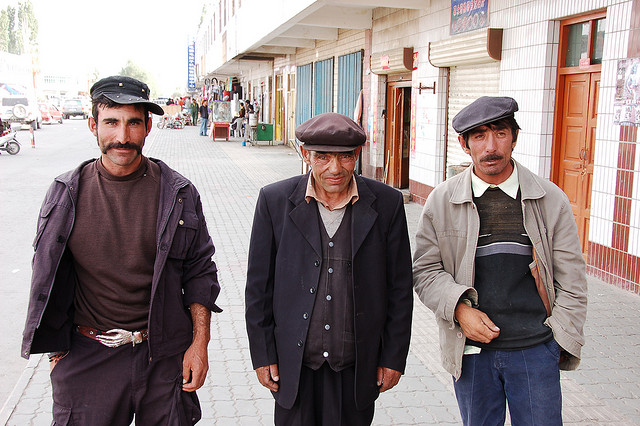 Their faces have stuck in my mind ever since. For 7 years I knew I’d one day go back and visit the other side of that border. To the ‘Stans.

MEETING NEW PEOPLE, locals or travellers, is one of the main motivations for my travels. Even before my missing luggage had arrived, I signed up for a day-trip some weekend warriors of Bishkek, known as the Trekking Union of Kyrgyzstan (TUK). I knew it’d be an awesome place to start connecting.

Our guide Peter was an older ethnic Russian man born in Kyrygzstan. And, as mentioned in Stans#2, I was collecting stories from those locals I met who watched the Soviet Union crumble beneath them. This fit grandfatherly mountain-man was the source of my first story:

“We felt abandoned by our mother country. We loved the USSR, and things were prosperous here. We had good infrastructure, schools and hospitals. It was a complete shock to everyone in Kyrgyzstan. How could the nation disappear so suddenly? Ever since, it’s been so much harder to visit my home country Russia.”

While our guide lamented the death of his mother country, my translator friend Tomas, an animated and intellectual Slovakian continued talking. He had his own views of the USSR, and they weren’t as rosy as our guide’s.

“OK that’s his view, translation complete. Want to hear my perspective?” Tomas asked, even though he knew I did.

“Of course Peter misses the USSR. The living standards here in Kyrgyzstan fell dramatically after independence. The Kyrgyz were colonised by the comparatively richer Soviets, who raised the standard of living. Even still, I bet many ethnic-Kyrgyz people were happy to have their country, and their freedom back.”

He continued the enlightening diatribe: “Meanwhile in my home country Czechoslovakia, things were the opposite: We were occupied by a poorer country! Our living standards went down! It’d be like Switzerland today getting occupied by England.”

Imagining the ensuing hypothetical havoc made me laugh.

“For decades our country went backwards, and we had no freedom to travel anywhere. Not even into Russia! The Soviets didn’t want us seeing that Russia was poorer than us.”

I was certainly getting a crash course in Soviet history, and it would continue throughout my trip. I later learned from a Russian friend that even after the USSR collapsed, Iron Curtains were heavy to lift.

He told me of a woman who’d escaped Kyrgyzstan with her family in 1992, right after the fall. They were Russian Germans, who had been relocated to the Kyrgyzstan (then called Kyrgyz SSR) from East Germany a decade earlier. When the Berlin wall fell in 1989, Germany invited all such people to resettle in Germany – but her family couldn’t attempt it until the USSR collapsed.

So at the age of 12 this girl with her family abandoned their possessions and stowed away in a freight-train carrying all they could. They had to reach Russia, where they could get to Germany. To do this, they had to cross the thousands of kilometres of Kazakhstan first. At each stop they were forced to pay hundreds, or thousands, of dollars in bribes – often under the threat of violence or death.

What makes this so story so scary is that many others must have shared their story, too: In 1991 there were 100,000 Russian Germans in Kyrgyzstan. Just a decade later, there were only 20,000. 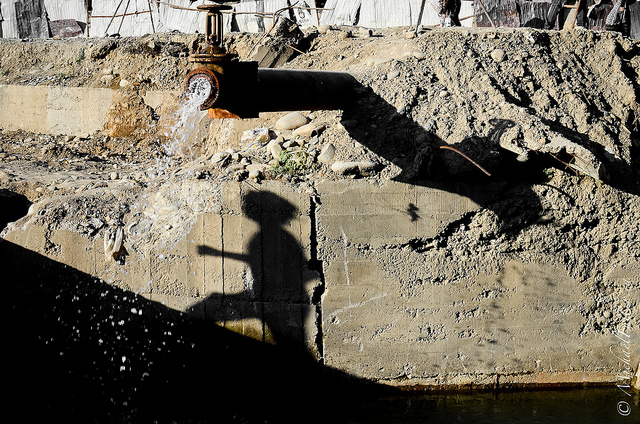 The treadmill of post-Soviet progress

As I mentioned in Stans #2, the region still hasn’t recovered – even to the level most people’s parents enjoyed. But what has remained from the Soviet times amongst some who lived in that era is a culture of suspicion and distrust.

One tourist I met from Czech Republic was sitting down sketching trees in a park when a woman with no hint of irony accused him of being a spy. Another friend was interrogated just because he stopped to read a paper notice stuck on a wall. Those two spoke Russian, but even without the language I felt similar vibes a few times in Kyrgyzstan, mostly from elderly women (a demographic who usually totally adore me.)

She was the owner of a nearby pay-outhouse, which I hadn’t noticed. And thankfully, too. Its condition was horrifying.

MY STORY BEGAN in Xinjiang, one of the craziest places I’ve ever travelled. Crazy, not just because we got arrested, but because there existed a jarring chasm between Xinjiang culture and culture in the rest of China. It felt nothing like China. But at the time, I didn’t know what it felt like.

P.S. “But what does Central Asia feel like?,” I imagine one of you calling out from the peanut gallery. Well wiseguy, why d’ya think I’m making all these stories and photo-essays?!  Two plus three and counting – from Ladas to landscapes, and Khan to Stal-ahn.  I haven’t yet even taken you hitchhiking; through mythical towns; or across any ridiculous borders. Some of the best is yet to come.