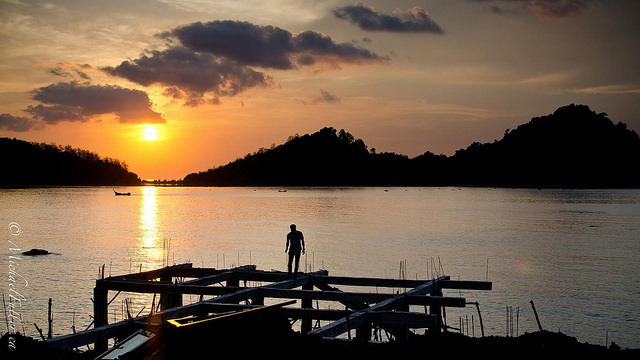 Part of this website’s byline is ‘Unexpect’.  I’ve yet to fully explain what I mean by this, but it’s related to the “O”: an Open mind and heart. (a full ONE Project post is still cooking).

Being aware of your expectations, including cultural biases, helps you manage your automatic judgement of those who are different – and ultimately, let’s you truly respect and value other people’s differing cultures.

But despite my best attempts at transcendence, I am still human! I am not above certain expectations or prejudgments. This post is about some the experiences in Sumatra which surprised, humbled, and ultimately defied my expectations. 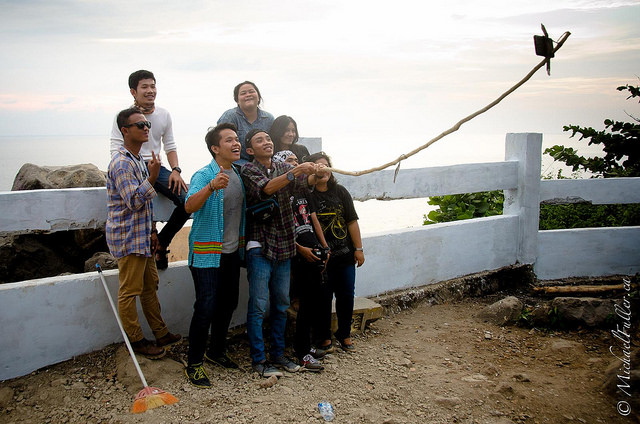 The Familiar Voice of Fat Mike

We stood on a paraglider launching platform overlooking a ring of mountains encircling the world’s largest volcanic lake, the surface glistening hundreds of meters below us. I was chatting with a local Indonesian guy, my age, with similar interests, philosophies, and senses of humour. His english was impeccable – he’d taught himself by watching movies. When our conversation paused, he turned to me and said something that really sunk in:

“One day, I hope to save enough money to be a backpacker.”

The innocent comment struck me with a whip of gratitude. We had so much in common, it was so easy to imagine our places switched. I regularly meet people who’ve seen less of their own country than I have. Such encounters are always grounding.

Perhaps I was especially attuned to this idea because of something I’d been told days earlier. A middle-class Indonesian in his 40s with a great job as a telecom manager took a business trip to New York. It was his first time in a western country, and at the airport, the NYC taxi driver said to him,

“You’re from Indonesia? Cool. I’m taking my family on a holiday there later this year.”

This telecom manager was shocked. “Wow! A man who drives a taxi in America can afford to holiday halfway around the world? Just imagine a taxi driver in Indonesia saying that to a visiting American!” he told me.

In Banda Aceh I met a group of young people loitering outside a museum. They were punks – whom I’d usually avoid back home – but Indonesian punks, hey! – I have no prejudices towards them.

They sat around smoking and strumming… a ukulele. One of them asked, “Do you have punks in Canada?”

“Yes,” I told him, “but they don’t play ukulele. They listen to NOFX.”

Seconds later, from the tinny speakers of his phone came the familiar voice of Fat Mike (NOFX lead singer).

Later that night across town I rediscovered the punks. They continued to defy stereotypes. They were now a busking quartet at a busy food market. With their single ukulele, they sang sweet harmonies, juxtaposed against black army boots and metal-spiked “Death from Above” sweaters. 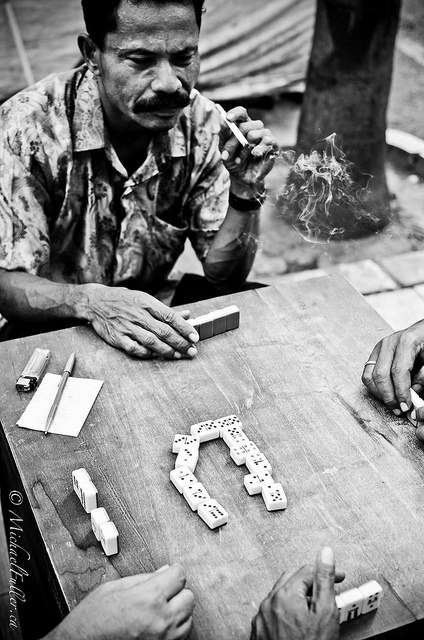 I seem to be collecting photos of old men smoking 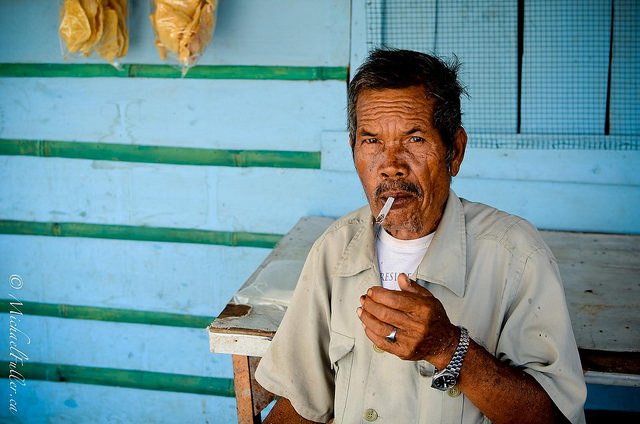 Even central Sumatra’s patterns of tourism derail the typically unstoppable South-East Asian tourism engine (which chug from ‘undiscovered’ to ‘resort-infested’). Lake Toba, where this Experience opened, is SE Asia’s largest lake – a veritable sea 500 metres deep, created from an enormous volcanic explosion 75,000 years ago (the biggest kaboom anywhere of the past 25 million years). In the middle is a massive island where travellers have sat lakeside since the 1970s (when this place was a mainstay on the banana-pancake trail), drinking in the cool mountain air and delicious Sumatran coffee.

I followed in these hippies’ buttprints, some of whom have been returning regularly since then. They revealed this startling fact: Lake Toba was way more popular with travellers 40 years ago than today. Which explained why the place felt like the archeological ruins of a backpacker boom. The declining tourism has left behind all the chilled-out restaurants and lakeside bungalows, but none of the foreigners. Such competition makes for a beautiful combination of scenery, friendly locals, peaceful ambiance, and rock-bottom prices – some of the cheapest in SE Asia.

There was also something unexpected about the tourists here, too. When I approached the most expensive hotels to offer photography workshops to affluent camera-toting foreigners, the staff told me there weren’t any. Whaa!?

Hotel after hotel was occupied by affluent Indonesians, while all the “rich foreigners” slummed it in the cheapest hotels. This irony was exemplified when we met one young Indonesian traveller who was incredulous about how little our hotel cost. He asked us ten times if we were joking.

I normally follow the philosophy “Eat, travel, and sleep like a local”. But this situation makes a mockery of that mantra. 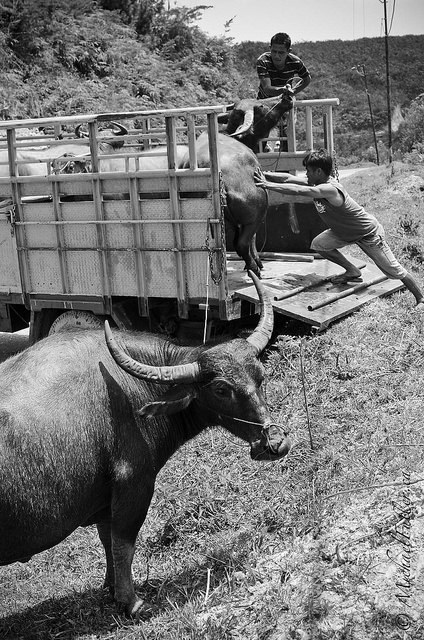 The bull’s expression is priceless.

Our incredulously cheap hotel was owned and operated by one gracious old Mr Moon. And I reckon he’s the most religious person I’ve ever met – but not in the way you’d expect.

He is a Batak, the ethnic group infamously difficult to convert from their cannibalistic ’barbarianism’. (They routinely killed missionaries, and often ate them too). Bataks are now fiercely Christian, islanded on an island 90% Muslim. The Bataks don’t eat people anymore. And why would you, with so many tasty and cheap restaurants around?

But some Bataks still retain a sprinkling of animism in their Christianity. Such fusions fascinate me. I asked Mr Moon to tell me about this:

As a child, he too was an animist. “My mother explained that there were ghosts – in the rocks, in the trees, in the houses. Ghosts everywhere!”

As a child an Islamic missionary stayed with their family. “So I became a Muslim,” he told me.

“It was great: all the ghosts were gone! It’s no wonder everybody’s given up Animism.”

Though he was Muslim, his middle school was a Catholic school. So he became a Catholic. Just Like That.

And his high school, well that was Christian. Voila – he became a Christian.

He never went to uni. A shame, because only 2 more conversions and he’d have collected all 5 of the official faiths. 1

Perhaps because of his journey through ambivalence, he’d become a bit cynical on religion in general.

“It’s just become a big business”, he told me. He pointed out the irony of today’s ultra-rich celebrity preachers asking the relatively poor to donate 10% of their earnings each year. And that’s in addition to the collection plate. 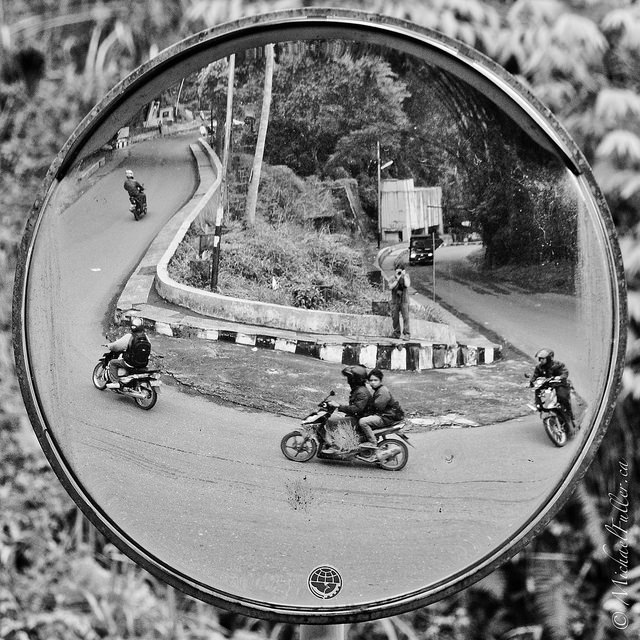 Another convert, this one a foreigner who became Muslim, explained what motivated him. “For a decade I lived here, one of the only two foreigners in the area – and I mean the only – amongst a culture of devout Muslims. I began to read the Koran. I wanted to know why things were closed on Fridays, why it was so hard to get a beer, and why I couldn’t shag any of the beautiful girls.”

He agreed with all the underlying reasons for the customs of Islam (many of which we westerners are guilty of misunderstanding – like the punishment for theft. He explained that the Koran recommends increasingly-severe punishments for repeat offenders, from public shame to exile. Chopping off a hand is a rare last resort). Later when he met and fell in love with a local woman, he needed to convert to propose to her, and had no reservations about doing so.

Sadly, those who read Indonesia #7 may connect the dots on how that Acehnese engagement ended: quite abruptly on Boxing Day 2004. If such tragedy doesn’t shake someone’s faith, I don’t know what does.

Put in the same shoes, Mr Moon might have swapped to one of his two remaining religion options. Just. Like. That. 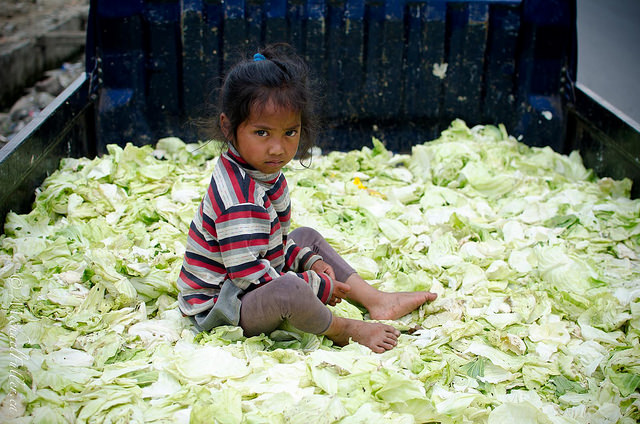 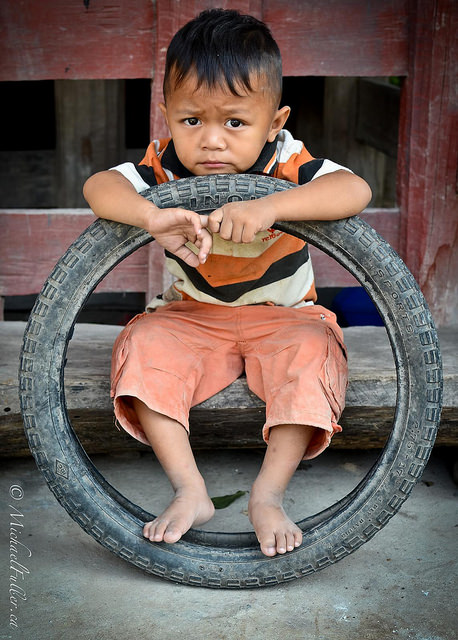 I am pleasantly surprised whenever a person or place can shift my worldview. Even a nudge. It reminds me that I have not (completely) succumbed to the mentally-solidifying forces of aging. This journey taught me much about Islam, tourism, and gratitude. It defied my expectations, and hopefully yours too.

So maybe next time you see some punks, you’ll stop for a chat. They might even play you a tune on their ukulele. 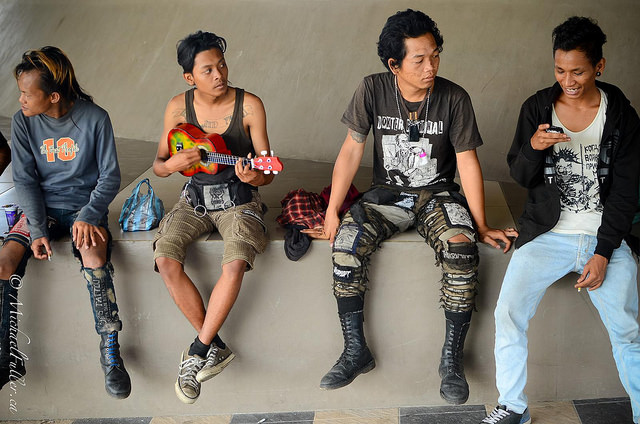 P.S. As always, click any thumbnail to see the full album, complete with mini-stories.