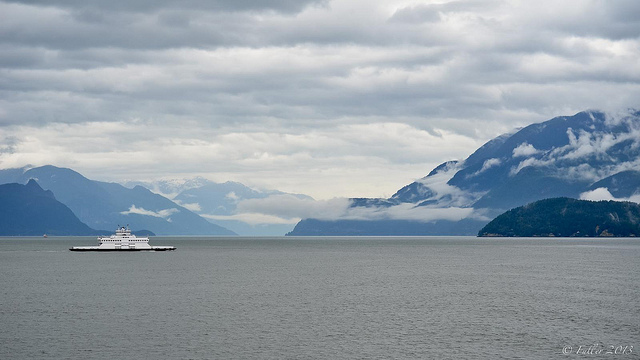 Two years is a long time. That’s how long it’s been since my last time in Canada, my home and native land. It may not seem like a long time, but a lot of little changes can add up: Firstly, I know that I’ve changed enormously with age (I won’t say ‘maturity’) and travel; my family has changed, with engagements and children; my friends, with new family and careers; and all of this, atop the steady changes in the cultural landscape of Canada and the places within it I’ve grown to love. I felt out of touch after so long away, and was excited to see how my own recollections of home were either incorrect, or out of date.

My first day back in Vancouver I was planning a BBQ in a nearby park. In Perth, if you’re BBQing and drinking beers with mates at a park, the only thing a passing cop would say, is “G’day”.  I was trying to remember the attitude towards such social events here, and asked my local beer store man for his advice. Before I could even finish my question he interrupted me. “Drinking in public is illegal in Canada.” He scolded me, like a child. Thanks mate—but if I wanted to know the laws, I’d ask a lawyer. 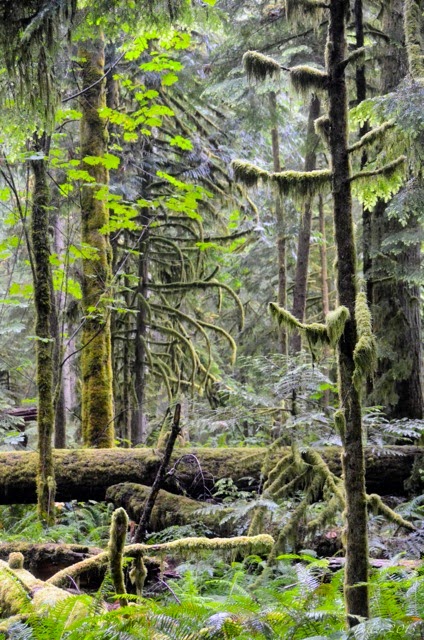 This scene struck me as remarkably beautiful, as soon as I arrived in Cathedral Grove. I’d probably paint it — if somebody hadn’t invented the camera.

While riding the bus to our ferry with my kiwi ‘cousin’ Allan, we were chatting to a solo German backpacker girl also going to the island. I picked her nationality by the obvious accent, and german-made backpack, but she guessed my nationality as Australian because I was wearing flip-flops despite the cold weather.

We laughed about her assumption, and then I told her, “I’m actually an Australian citizen,” and straight-faced, continued, “and when you get your passport down under, they give you a free pair of flip-flops.” Being German of course she actually believed me… until three seconds later, when both Al and I erupted in laughter. Ah, I never get tired of zee German gullibility! 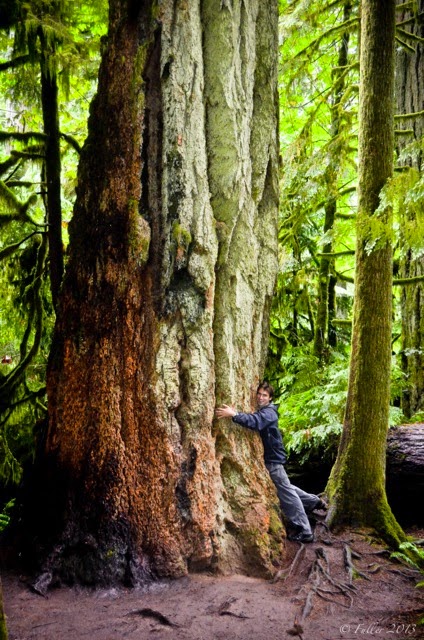 Trees are such terrible huggers.

During a quick trip to my favourite secondhand bookstore, I asked the clerk if she’d buy my spare book. She flatly replied, “No,” barely glancing at the title. I neutrally inquired why, as her manager had indicated earlier that week he probably would. She pointed at a stack of 20 books beside her, saying matter of factly, “I need to price all these books,”, then pointed to larger stack of about 50 further away, “and those,”, then pointed to a pile of boxes of books, stacked comically in the corner of the store threatening to topple at any moment, probably containing hundreds of books, and added “and I need to price those too.” I trembled at the thought of pricing all those books. I turned to her with a wry smile and sarcastically said, “Aww, you’re just being lazy.”

“And you’re just being an asshole,” she coldly responded, glaring a hole right through me.

Oh, Canadians…. you sometimes fail to recognise my glorious sense of humour! 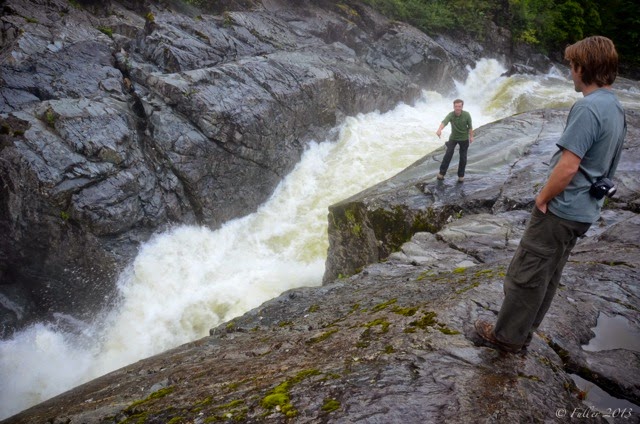 C’mon Allan, we don’t have time for a swim

I’ve already learned a lot here, such as the fact that pennies are gone (yay); but since I left Canada it’s the only good thing Harper’s done (boo). I also learned that our quarters have caribou on them (that’s not a moose! Crikey, who knew?) 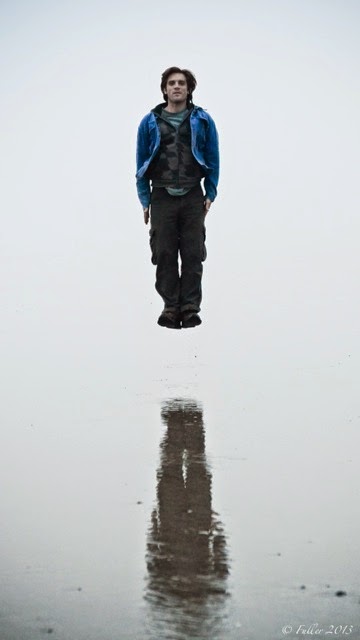 Tristan hovers in the white-out at Long Beach

My step-sister lives in Vancouver and has a daughter (aged 4) who’s only met me twice. Yet she still knows who I am, and more impressively, that, “Uncle Michael lives in Australia, where the sun goes to visit when it’s nighttime in Canada”. Her sister, my other niece (aged 2) did not exist last time I was in Canada. And she gave me a slightly less warm-welcome: at first sight of me, she burst into tears. And second sight. And third. I figure her emotional self-control is still developing, since many people must feel like this when they see me. But not all of them show it so obviously. 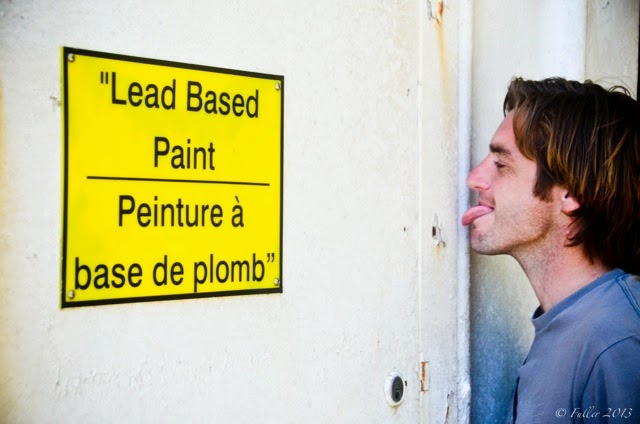 They should have expected this

On my latest visit to her, I was standing in the kitchen speaking to my step-brother-in-law, and the little one staggered around the corner, face to face with my shins. She stumbled back clumsily, with a bewildered expression of someone who’s just walked into a glass door. The distance also allowed her to better gauge the source of the road-block. As her eyes climbed the wall before her, I could see the fear rising in her face. The instant her gaze met mine (which was held in an enormous grin), her worst fears were realised, and the tears burst forth. This time I picked her up and she sat on my lap by the window looking at the conifers and mountains of North Vancouver. She immediately stopped crying. A breakthrough! I had unknowingly taken her to sit in her favourite spot, and after 10 minutes she actually refused an invitation to go elsewhere. Hailey, maybe in our next visit, you’ll let me throw you really high in the air (and catch you again)? That’ll cement our relationship. 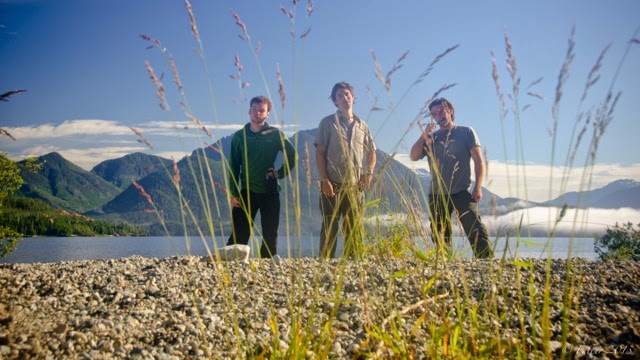 This shall be our band’s album cover photo

That’s it for now. Stay tuned for the next update… where Boris and I get picked up hitch-hiking by an Iranian guy and his mom… and one of them likes to fire guns!

For all the action, delivered at the speed of light directly into your retinas, visit my Flickr.