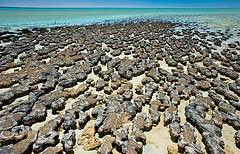 Work
My little room is outfitted with a fridge and aircon. When I leave for work each day I turn off the aircon, and when I leave site for a week I save more energy by turning off the fridge too. This week summer is finally gearing up and bringing daytime temperatures above 40˚C. I guess I shouldn’t have been surprised when I came back to my oversized tin-can of a room, and inside it was 60˚C! The fruit I left out to ripen had done more than that; it had cooked. So perhaps I’ll be leaving my aircon on from now on, but only slightly. Once the room cooled down enough to have a shower without continuing to sweat, I learned our water pipes aren’t buried very deep, because on the hot days my Cold shower faucet yields pretty warm water.

There’s a 20 year-old truck driver on our crew we call ‘Cracker’ because he has a bit of a drug habit, and admits to regularly using crystal meth (aka crank, crystal, or ice). In the safety meeting someone announced “the ice machine’s broken, it keeps making dirty ice”. Immediately someone whispered “Did you hear that Cracker? Dirty ice… dirty ice!” and everyone who overheard struggled to hold back laughter as the meeting continued. Cracker just pretended he didn’t hear it, and continued being a little twitchy.
P.S. Yesterday, Cracker was driving up the haul truck at the end of night shift and fell asleep, smashing into a wall at 6 km/h. But he managed to destroy the cab ($160000, not counting labour and down-time). He was fired immediately. Too bad, considering he just purchased a new car a month ago, which he’s also already managed to smash up while drinking and driving.

Play
On my last break in Perth I rented a car with some fellow Canadians and did a whirlwind trip up to the “Coral Coast” of Western Australia to visit the famous Ningaloo Reef. We stayed in some great little beach towns full of backpackers and camper vans, usually with one main street that ran right near the beach. I met lots of interesting foreigners and eccentric adventurers including one man who was a mechanic in a rally-car race across China in 1988. He told me about how the Red Guard soldiers ensured the foreign visitors didn’t stray from their race and see something they shouldn’t: They guarded every 200m along the few thousand kilometer route!

Before we left I was told it’s nuts to up there in the heat of summer. We evaded the laser-like sun by having our fun early in the day: We went snorkeling and I bonded with rays, turtles, and a Zebra shark which looked harmless enough (and thankfully was). I learned about mango picking at a plantation, and was rewarded with two-dozen of what is now my favourite fruit (even after eating fifteen of them in 3 days!).

We visited the UNESCO-protected stromatolites of Hamelin pool—one of only a few places in the world where these 3.5 billion year-old bacteria-rocks can be found. But we timed our visit poorly as it was midday and an eye-popping 47˚C. The bright-white cockle-shell beach acted as a mirror, and the heat though a bit choking was dry and surprisingly comfortable given the situation. But looking over at one of my Canadian travel partners, who arrived only a month earlier from the Albertan winter, I realized my experience working underground had acclimatized me to the Aussie heat: His bright-red neck was glistening with sweat and he was cursing mother nature for allowing such unthinkable (and unCanadian) temperatures. It was pure comedy.

P.S. I’ve posted lots of photos from the Reef roadtrip and around Perth and think it is wise for you to all go and see them. Click the above thumbnail, go on!