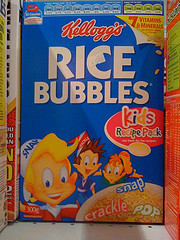 After a grueling 25 hours of first-class flights I have arrived at the antipode. My new home: Perth. I am struggling to find a decent place to live so I’m being patient and hoping that at work I meet some people that know people.

*mental ventilation warning*: The city itself is urban-planning train wreck — they wanted to keep a ‘small-town’ feel to a Vancouver-sized city. Even the densest part of the city is scarcely different than Etobicoke. They built a freeway along the beautiful downtown waterfront, stranding it from the city. And there’s huge empty grassy spaces like Calgary (but not as useless as Calgary’s). Then they built a large unwelcoming and terminal-like convention center on the water (well, separated by a band of highway) which even horrifies the locals. The design of the bunker of a convention center, and its placement off the nearby waterfront, completely ignores the vista of a beautiful shore. Business hours are restricted, so few things are open beyond 5pm. Tonight (Sunday) I walked downtown at 6:30PM and it was unreal: You would have guessed the time to be 3:30AM. People claim they’re “trying to model their city after Vancouver”. They’re not trying very hard. *ventilation complete*

Things sound a bit downer, but its not bad (I just like to really rant once I start). I’ve met some friendly and interesting people already. The downtown area of Perth has free busses all the time, and plenty of them. There are so many places to run, walk, bicycle, volleyball, swim, surf, kayak, and all that inside the city! Then there’s the surrounding areas, virtually untouristed places due only to this being the most isolated city in the world. And the upcoming summer to look forward to. But maybe best of all, Perthians walk incredibly fast. You can’t realize how much I appreciate this as a fast-walker. While walking at full tilt today, somebody actually passed me.

Anecdote time: While walking downtown on my first day here I saw a woman carrying a large disc resembling some sort of medical equipment. Asking what it was, I found out it’s a component from her metal detector. Why is she carrying it around downtown Perth you ask (and I did)? Why, to exchange it at the local metal detector shop for a much larger and more expensive one, of course! And why would she want to do that?
She opened her camera-phone and showed me a picture taken from up north (near a thriving cosmopolitan town called Tom Price) the previous day — of a three ounce gold nugget she found in the outback. (That’s a $2500 rock). Needless to say she was ready for a larger metal detector. Finding gold nuggets laying around — this is how big and empty WA is.

Random fact time: Did you know that Perth contains 75% of the entire state’s population (1.5 of 2 million)? Consider that the state of Western Australia would be the 10th largest country in the world alone, and is twice the size of Western Europe.

Keep up to date on random photos and iPhone camera captured observations from around the city and the mine, by clicking the thumbnail above!

P.S. I haven’t seen any quokkas, or kangaroos yet. So the subject may have been misleading, I admit. I’ll keep you posted.