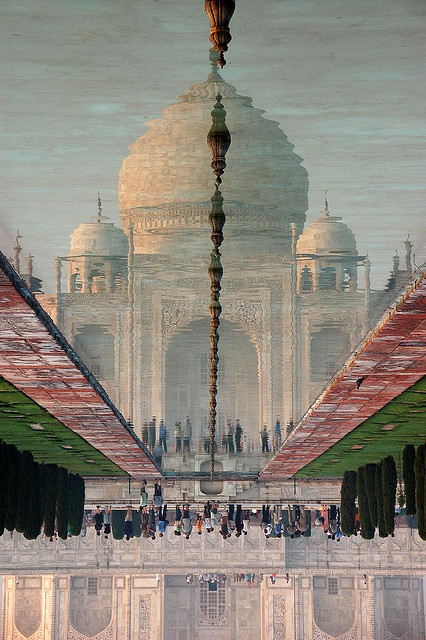 All the good martyrs are dead

You may have noticed photos from Amritsar’s Golden Temple, the holiest place for Sikhs. All Sikhs are expected to make a pilgrammage to the Temple once in their life, and volunteer for a week. There is an enormous hostel housing thousands of pilgrims (and a few tourists), a kitchen that feeds up to ten thousand meals each day, and many other general maintenance tasks — all completed by the army of volunteers at no charge to visitors. (though of course donations are welcomed).

There is a museum in the Temple outlining the history of the Sikh people, which I can summarise in one word: Martyrdom. They’ve had lots of it, and they’ve got no qualms about sharing. The gallery has hundreds of gory paintings of Sikhs through history getting persecuted. I’ve never seen such graphic depictions in an art gallery before. There’s three I specifically remember:

The gallery was definitely not rated PG.

When we arrived in Shimla, a beautiful Swiss-mountain-resort style town set in the Himalayan foothills, built up along sharp ridges, we tried to find an auto-rickshaw along with a British guy named Jeeves. When the first driver told us the standard outlandish “first price”, we laughed at him and asked another guy. The first driver interrupted and said “It is the same. We are all the same. We have a union!”

As if on cue, all three of us split open with laughter. A minute later while I tried to catch my breathe, the man yelled at us, “Stop laughing! We are serious!”

After laughing a bit more, we stretched our lungs and legs in the mountain air, and walked to our hostel.

While I’m on the topic of fun with auto-rickshaw drivers I’ll tell another story. We exited one garden and three men simultaneously accosted us. We tried to play them off each other, getting them all down to 30 rupees, where they wouldn’t budge. So we showed them the Canadian flag and told them the first one to guess the country gets our fare. None of them had any clue. “Poland? England?”. We even gave them multiple choice. No luck. Their patience was waning. This was going to be the hardest $0.75 they’d ever earned.

So we just picked the guy with the blue shirt, Dan’s favourite colour.

Most of the auto-rickshaws, taxis, and cycle-rickshaws have a colourful “Horn Please” painted on their rears. A minority opposition sport “No Horn”, but it doesn’t stop anybody.  As one auto-rickshaw driver explained, “Better to have horn than to have brakes.”

The horn is the quintessential sound of India. But horns come in great variety. There’s the standard horn, the dying-horn, the buzz, the quack, the vibratto, the siren (for ambulances), the cycle-rickshaw bell (technically not a horn), and even ditties. I’m sure there are many more rare and endangered horn species yet to discover. I’ll keep you posted.

I’m off to catch a completely full night train, 12 hours to Varanasi. I’ve been instructed on how to bribe the train conductor into getting me a sleeper bunk, or at least a spot on the floor devoid of rubbish or cockroaches. Wish me luck,

P.S. New photos as usual by clicking the thumbnail above