The trip was off to a good start before I even left Perth, as my taxi driver enjoyed my company enough to invite me to his wedding next year in India! 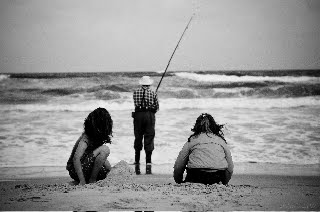 Nice island, Eliza, but sorry about your husband

Groggy after four hours of airplane sleep, I headed directly into Brisbane to meet my tour, and caught up on sleep as my 4WD off-road bus bounced up Queensland’s sandy coast. My destination was Fraser Island, the largest sand island in the world — over 120km long – and containing, by some estimates, more sand than the Sahara.

Our barge landed at the southern tip of the island, and our bus rolled off onto the main road: The beach. Our tyres never left sand for the next two days as we explored this natural wonderland of the world’s only rainforest in sand, perched freshwater lakes and streams (where we floated along on our backs staring up at the forest), rocky headlands (with panoramic views over the pacific, and breaching whales), shipwrecks slowly sinking into the beach, and sand dunes (some towering over 250m high).

Named after Eliza Fraser — the shipwrecked and pregnant wife of the captain who lost both her husband, and six weeks later, her baby, when taken prisoner by local aboriginals after escaping their shipwreck — it’s no surprise the place has UNESCO world heritage status! The tour guide taught us about the local flora, like Tea trees, Scribbly gums, Foxtail ferns, and Satinays.

He then taught us about local fauna like drop-bears, and a new technique to prevent their vicious attacks: Hike with one hand on your head pointing your index finger skyward. So when a drop-bear lands on your head, your finger will jab their soft bellies, and they’ll cease their attack. Luckily, we didn’t have any encounters.

At the hostel that night, some loud American investment bankers were painfully hitting on the young cute German girls in our group. After we suffered nicely for half an hour, during which (a) one of them told us, unrequested, how many million dollars a year he makes—then told us again five minutes later, but louder, and (b) the ringleader spilled his beer on the girl he was after.

At that point I asked them if they were aware of the stereotype that American backpackers have around the world (as obnoxious drunken jerks). They were aware. I then asked if they thought they were helping fight this stereotype. 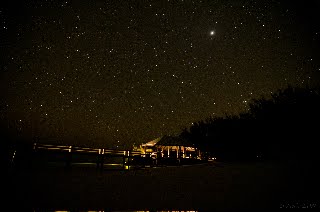 So I may have the best employer ever. I managed to win a three-day trip to the Great Barrier Reef as my company’s corporate ‘Reef Ambassador’. We had briefings by leading coral experts on coral science while we cuddled sea cucumbers; learnt about change management and workplace sustainability by two of the most enthusiastic business leaders in Australia; engaged in climate change debates while hundreds of birds squawked around us; were educated on the largest threats to the Reef while watching the sun set over a shipwreck; and were inspired to action by exchanging ideas with a cross-section of ambassadors all united by a common passion for protecting our planet for future generations.

The GBR is the largest construction of living organisms anywhere on Earth. This experience showed us the splendour we all stand to lose by our own inaction. Funnily enough, I asked our coral expert Dr Done if he knew the world renowned coral expert, Dr Charlie Veron, whose book I just read. His response was, “Oh yes I know Charlie quite well: In fact, I’m the one who introduced him to SCUBA diving! Before we met, he was researching… dragonflies, or something.”

Halfway through the two-hour ferry ride back to the mainland, our boat suddenly stopped and went adrift. The captain told us the problem was the propeller shaft—something one of the sillier girls in our group misinterpreted, announcing we had “struck a propeller shark”.

The trip was to take 5 hours instead of 2, so like good Australians they opened up the bar for unlimited free food and beers. But we all had a more serious problem than potential drunken seasickness: we were all going to miss the last flight out of town, and be stuck in a town where accommodation is booked months in advance (you might have heard of the mining boom).

There were three from my company including the founder and executive director, JJ. Luckily we had a friend in town, a former colleague, that we thought would have some available floor space. I pitched my idea to JJ about sleeping on her floor, and he was totally keen!

This is what I love about JJ: He’s probably a multi-millionaire, well into his 50s, with many important business meetings scheduled the next day that he’d miss because of our present situation — but he was excited at the fun of being forced to slum it on someone’s floor. In fact he didn’t even think we should bother looking for a hotel. “No matter what happens, it’ll be fun.”

I couldn’t put it better myself.

While on the Great Barrier Reef I wrote, directed, filmed, produced, and edited together a short film about my experience. I presented it to the other ambassadors, and gave them all a copy of it too. It’s available on my Youtube channel. There may even be a new internal ‘creativity’ award at my company, named after the character in my second last scene!

And as always I’ve poured blood, sweat, and tears into a photojournalistic narrative of my silly adventures (click any thumbnail to be automagically directed there). 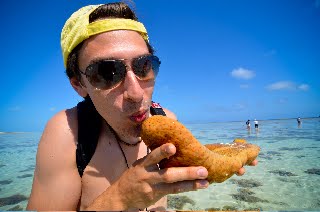