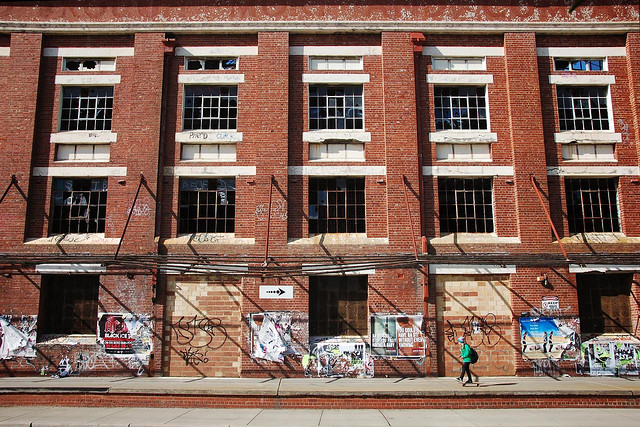 Light showers and 16˚C! What happened to perpetual summers? But we still managed to outdoor climb today, the winter solstice. And despite having no heating in the house, it’s not an issue because I imported some secret weapons: a down vest and down booties.
At work in the outback it’s a bit chillier and our utes (pickup trucks) had frost on the windows! I quickly recalled a story some Australian once told me years ago in a Berlin hostel, about how to deal with windshield frost in a land devoid of ice-scrapers. Credit cards! And it worked like a charm. Now if only they worked as credit cards…. (read on)

Seeing the Light at Cosmos

There are big changes afoot for me at Cosmos. I’ve started a completely new role on the opposite spectrum of my old job, and as a result I’ve just had the most interesting, challenging, and rewarding week of my working life.

A few months ago some business improvement consultants came to site and did an audit. Then they returned, assembled a team of 6 employees from a cross-section of backgrounds, and began an 18-week business improvement initiative. I heard about all this while working underground and was so intrigued I questioned the head of the consultants, Paul, about their company and the project at Cosmos. I would have loved to be part of the team but I was just getting into some interesting and important underground experience, finally training to operate an expensive and vital production drill rig, so I was content. Well, somebody decided to quit the team, and I was approached by the mine manager. He told me my “keen interest in the project, and inquisitive nature” made me stand out to fill in on the project team. I felt my ego grow a bit. Then he added “And there was really nobody else available,” thus returning my ego to its original size.

I’ve been having a great time, sorting out “areas of opportunity” (consultant-speak for “problems”) and facilitating solutions to all sorts of issues surrounding maintenance; being trained by the consultants in management skills; being privy to confidential information regarding the business; working with a 10 person team of intelligent and constructive people; and overjoyed to see that we’re beginning to improve all aspects of the operation. I’ve gone from looking at the mine from the bottom up, to the complete opposite and viewing it all from the top down.

A week before I was pulled out from underground, I had finally begun my drill training. It was a pleasant change from truck driving or service crew, and after a week it was still novel and fun. I got to operate a multi-million dollar longhole rig, which is a precision drilling machine with neat robo-hands to add and remove drill steels. In addition to all my photos over the months, I’ve uploaded four moderately instructive videos to my YouTube account.

Other upcoming excitement for me includes a short trip in mid-July to Kuala Lumpur (I’ll be sure to hug a Kuala there too). I was hoping to also buy a new Macbook Pro, except I had some delays — my Citibank Visa was declined. I called them and was told “We’ve been having problems with our Visas on the Apple Store. I assure you we’re looking into the problem and it will be addressed soon”.

I asked them how soon, because I’m damn impatient once I’ve decided to buy a new computer and it’s not in my hands.

“We really couldn’t say how long it will take to address, but we are looking into it”, she responded.

I said, “Alright, tell me then: When was this problem first identified?”

Wonderful. It must be their top priority. So I jumped online and applied for another credit card. This bank advertised “Approval possible within 60 seconds of submitting your application!” I filled out the 15 minute application, submitted it, and within 60 seconds, bingo!

“This application requires further review. You will receive our response by letter within 7 business days”. So much for the wonders of the internet.

The Economist has just released it’s latest livability index based on a city’s stability, environment and culture, infrastructure, education, and health care. But not affordability. Story available from The Economist.

I was surprised to learn that I’ve actually called home 3 of the top 5 cities in the world! I don’t know if that’s a positive because I’ve enjoyed myself, or a negative because I have less to look forward to. And I didn’t consider any of them to be ‘perfect’. But if I could mix and match a few characteristics of Perth (weather, beaches), with Vancouver (mountains, islands, rock climbing) with Toronto (family, multiculturalism, subway, sunny winters) I reckon I could make something approaching paradise. I don’t agree with Calgary in there, but I have a hate-on for Calgary.
The bottom 10 cities are also listed, and I’ve decided they make great inspiration for places to travel next. Harare, here I come!

Food Firsts Down Under

Whenever I travel I always try McDonalds once in each country. There’s always something different, like taro pies in China, shrimp burgers in Japan, or avocado-topped ‘Magnifico’ burgers in Chile. But I have yet to try McDonalds here, more commonly known as ‘Mackers’. They don’t serve kangaroo, but they do have an Australia burger. I also still haven’t tried the Burger King yet, which is called Hungry Jacks. It’s the same chain of restaurants, same logo, just different name.

Restaurants aside I’d like to harp on about some other foods. Bagels! They really aren’t common down here and I just had my first one in 9 months! And this country needs more granola. Nobody even knows what it is, and the shops only sell “toasted muesli”, which isn’t crunchy. I’ve got no problems making my own granola, which I did last night, but if Australia had more granola they’d rank even higher in the livability index.

I’ve uploaded an eclectic few photos since the Brisbane adventure. They’re available as always by clicking the thumbnail above.

Shoot me an email, especially those of you I haven’t heard from in forever. Yes, you know who you are.

P.S. Ask me about the new nickname sometime.