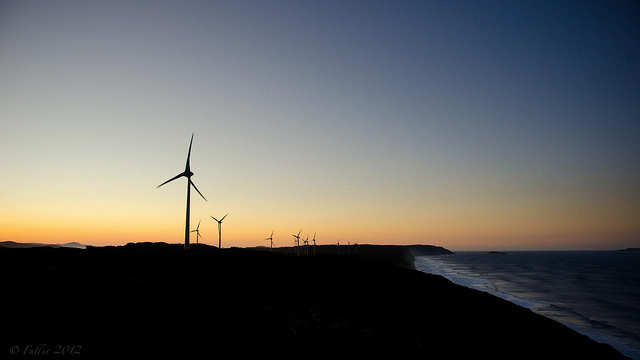 Today marks the four year anniversary of my arrival in Australia. In this time, only one friend or family member has come to WA to visit me from Canada. (thanks Afton!). Two others came close and I made the short hop to meet them: Jenya in Bali (arguably irrespective of my location, but I’ll give her credit), and my mother in Tasmania.
Believe it or not after so many revisions of my life schedule, I still don’t intend to stay here forever! So when Jenn showed the good sense to fly down here and become only the second friend to do so, I did my best to show her why I’m still here in Fremantle (aka Freo) after all this time. And we definitely had a blast. I wanted to share just a couple of the highlights: 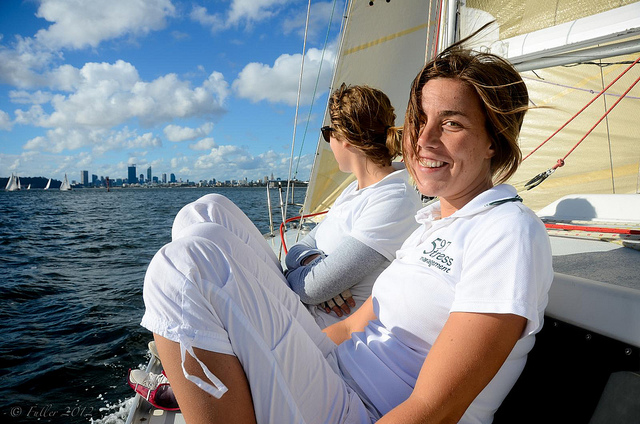 The stories from the trip are too numerous to even attempt to retell: There were friends’ concerts, backyard fire parties, many things lost and found, story-telling at a winery, and dolphins in the river. And hopefully now, one more person who understands how lucky and grateful I am to have a life full of lovely people and adventurous fun!
(see the photoset)

Two weeks after Jenn’s departure, I was having coffee with three Freo friends:  a tree surgeon, a canopy biodiversity expert now living in Tasmania, and a botanist. The canopy guy Yoav asked us, “So, who’s up for an adventure next weekend?”. We all nodded. Invitations like that usually produce amazing memories, especially when they involve obscure goals. What was ours?  To find the oldest tree in WA, estimated at an unbelievable 6600 years old, and to find one of the rarest orchids in the country,  only found in a few small areas, and only blooms for only a few weeks a year. 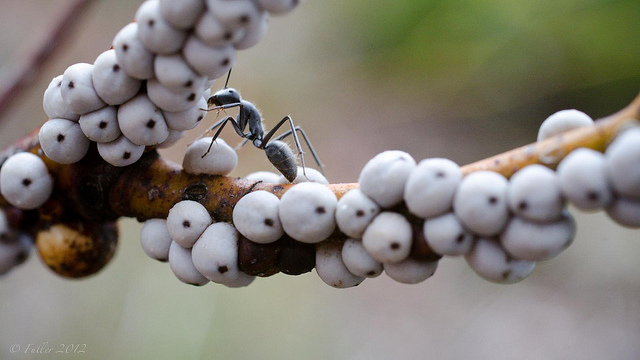 By the afternoon of day one, we had successfully found the tree. And the rare orchid. We were jubilant! And as we looked up from the orchid, we saw a humpback whale, breaching near the shore. Tristan the tree surgeon and I took off towards it, jumping over rocks threatening our ankles, to get as close as possible to it. It was enormous, the largest animal I’ve ever seen up close in the wild.

Without hesitation, Tristan stripped to his undies and jumped in to swim with it! After floating within a few metres of it, he swam back, frozen and exhausted. As he dragged himself from the water, he stated matter-of-factly, with his British accent, 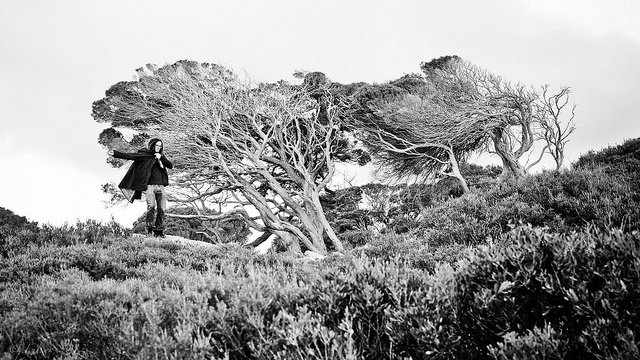 All this and the weekend wasn’t even half over! It carried on: seeing rainbows and bushfires, climbing trees and rocks, constructing a Woodhenge, and being bullied by cows. These are the sorts of experiences I live for:
Thanks for the inspiration, my plant loving pals!
(see photoset) 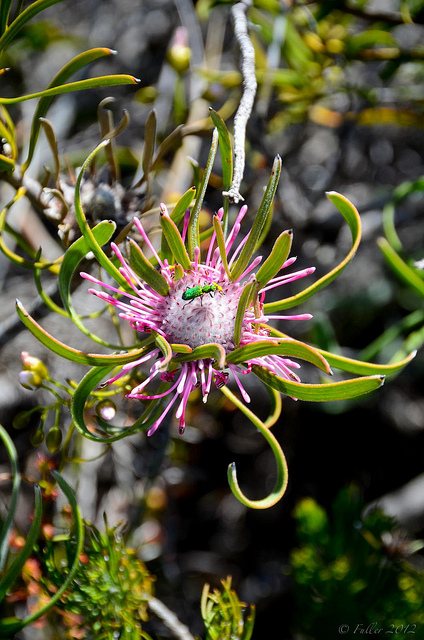 Little did I know, during Jenn’s welcoming party (a musical potluck backyard fire-party), my friends were conspiring to plan a northerly exploration to tour wildflowers, and the endless white-sand beaches of Jurien Bay.  They hadn’t figured out where to stay, and the plan remained only an idea. Weeks later, by some coincidence they discovered a friend of a friend Ken, who invited us to stay at his WWOOF farm, called “Loveland”.
(As hilarious as it is to let you imagine some fairy-dusted hippie commune inhabited by Care-Bears: Loveland is actually Ken’s surname) 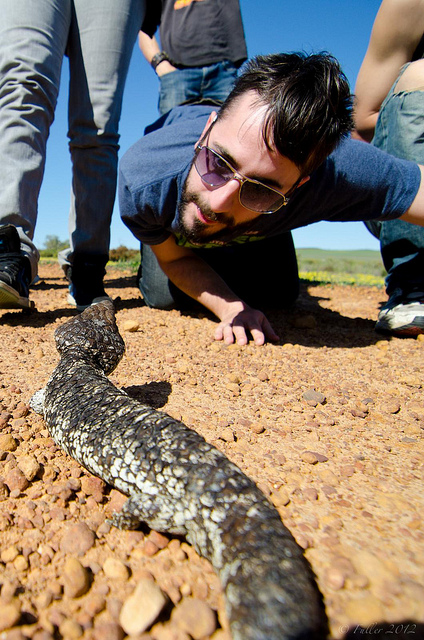 I drove up with my friend Jessberry, and her 10-year old son Hamish was among the passengers. Traveling with him really took me back to a time in my life when a 3-hour drive was excruciatingly long. If the duration wasn’t enough, add a car full of adults discussing positive psychology, gardening, wind farms, and Buddhism, and it’s a wonder he even survived.

Just when his car boredom was reaching torturous levels—only halfway into the drive—he inadvertently caused one of the funniest quotes of the trip. When his mom mentioned their tent, he blurted out, “We’re sleeping in a tent!?”, with apparent shock. “Yes Hamish, we are going camping. Where did you think we were sleeping?”, Jessberry calmly replied.

“I don’t know, but I didn’t know it was a tent. Why can’t we… why couldn’t we… bring a fold-up-house to stay in?” he stammered, ridiculously.

Too bad Hamish didn’t find this as hilarious as the rest of us. 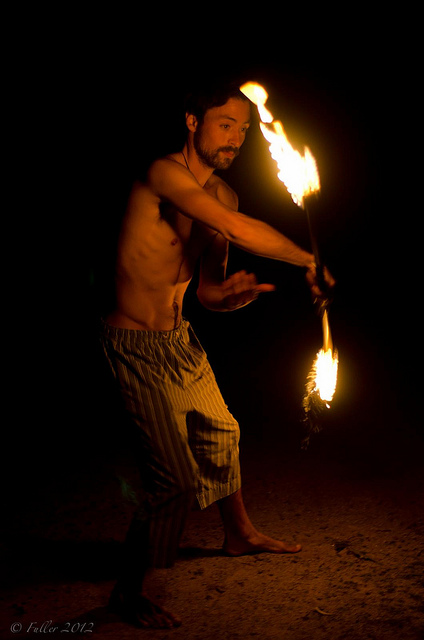 That night on the farm, the sky was bursting with stars, so I unpacked the sleeping bag and threw it down on my groundsheet sans tent.

At midnight, I was awoken by a blinding light. The moon had risen, it was full, and my eyelids were insufficiently thick. So I pulled my sleeping bag over my head and went back to sleep.

At 2:00am I was awoken again, by someone grabbing and petting my head. I groaned, opened my eyes, and peaked out of my sleeping bag, expecting to find a grinning friend I’d need to tell off. Instead, I found a kangaroo. She stood over me, staring with a look of expectancy. I thought, “You’ve got to be kidding.”

Everyone has heard myths about boxing kangaroos. But protected by only nylon and goose feathers, I wasn’t particularly interested in myth-busting. I decided to gently sit up and reveal that I was not what I appeared to be—a large caterpillar—but in fact, a terrifying human! Be afraid, kangaroo, and run away!

She was unmoved. In fact, she hopped a little closer. I took this as a chance to practice my conflict management training, adopting the strategy of conflict diffusion: I tried to appeal to higher, common goals, explaining that I needed to sleep; she could eat somewhere else, could hug kangaroos instead. She wasn’t interested in such diplomacy.

My next strategy was conflict avoidance.  I tucked back into my sleeping bag, and rolled over, ignoring her. I was nearly asleep when I felt her climbing on my head again.

Examining my options, I opted for a competitive style. I nudged her away. Then pushed her a little harder. And finally, I poked her in the ribs with my knuckles.  She bounced away.

I went back to sleep, hoping she wasn’t collecting reinforcements. (in fact, she was off annoying Andrew and Sara instead).

The next day I learned my assailant was Crystal, raised by humans since she was a joey, and very needy. Apparently I didn’t get the memo that Loveland was a kangaroo orphanage. 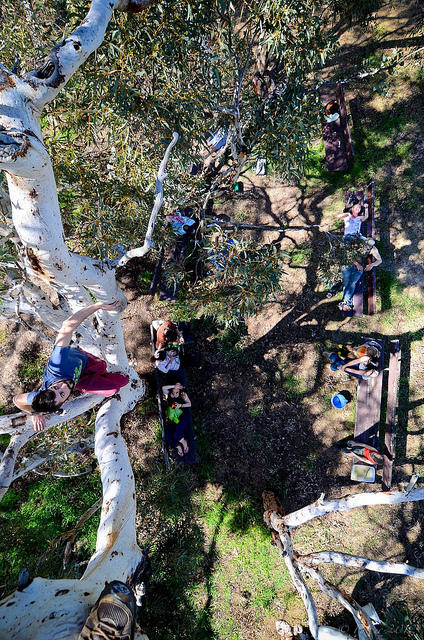 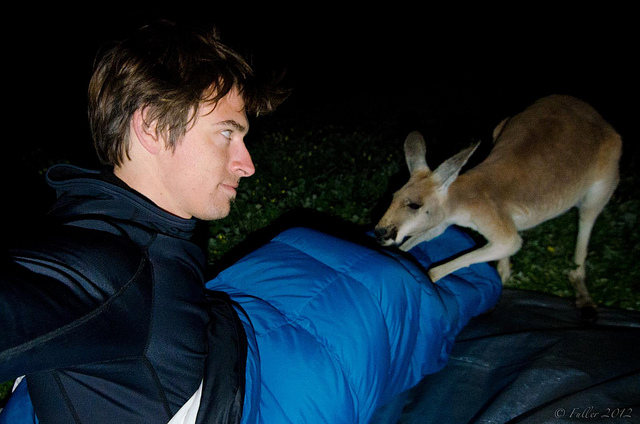 -Rainbow Rambo
p.s. I’m not sure how, or why, Hamish came up with this nickname for me. But it’s pretty funny. Up there with another single-trip nickname from years ago when I got dubbed “National Geographic”.