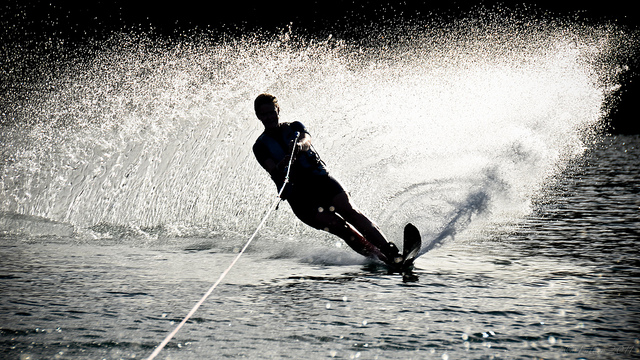 Prejudices
Before I even landed, I loved New Zealand. From great kiwis I’ve met traveling (like Tarn, who saved us from being arrested a second time in China), the beautiful landscapes I’ve seen in film and television (Lord of the Rings, anyone), the sensible policies the country has adopted (eg. the smallest coin denomination is ten-cents, and made from aluminum), and my disproportionately high number of kiwi friends. But things didn’t start well for me: In the first three days of my trip, I had my iPhone erased, and a dog bit my face. But despite the pain of losing all my music before a roadtrip-heavy month, and the annoyance of six-hours of facial bleeding, I’m still in love with this country. And that’s just after the north island. And all my kiwi friends tell me the south island is even better. (But they’re all from the south island)

For one thing, in the largest city Auckland, people still make eye-contact and greet you on the street, and thank their bus drivers. The bus drivers in my hostel neighbourhood were comically obligated to echo a response to anyone who beeps at them. I heard one bus, waiting to turn at an intersection, reply to ‘beep-beeps’ from a dozen vehicles and scooters passing by!  And more randomly, I followed a mob of people to discover a free Christmas concert with over 10 000 locals in attendance.  So far after two weeks I’d only encountered one rude person; a wicked campsite owner at Hot Water Beach, who, when asked if we could have a few litres of tap water, asked for $4/L, claiming it to be her cost price. After we asked a few questions — which revealed she was a blatant liar  — she became very rude, and I pointed it out to her.

That’s when she exploded with obscenities, calling me a “little s$#t” and we decided to leave — and she decided to throw us out.

Carnivorous Cannibals
In Waitomo we signed up for “The Legendary Blackwater Rafting Company’s” cave tour, which involves caving through underground river systems, hopping down waterfalls and floating on inner-tubes through glow-worm infested caves. I asked how a company can achieve ‘Legendary’ status. Funnily enough, they were the original company in the area to offer ‘blackwater rafting’, so when everybody else began copying their tours, they had to change their name!

Our guide Joel had the most amazing singing voice, which we discovered as he serenaded our group while we floated in pitch darkness downriver on our backs, staring up at a galaxy of glowworms across the cave ceiling.  The other guide explained that glow worms are actually larva, and in their youth the strong eat the weak ones, and the glow is actually their waste product. So they aren’t glow worms, but actually “carnivorous cannibalistic maggots with glowing poo”.

Thumbs Up
On the north island I had a rented car and 3 internet friends to join me and split costs. My new friends, a German, Taiwanese and Malaysian, all split up to head our separate ways after a hectic north island highlight-reel tour.  We met a Frenchman in the north island who had great success hitch-hiking, and offered me the advice, “You must wear your backpack; don’t put it down on the ground. The bigger the better; and with a smaller bag over your stomach if possible. And you must stand or walk really slowly, like you could collapse at any moment.”  So with his advice plus my own philosophy from past experiences (like always smiling), I set out to get from the ferry to a friend’s place. The rain was pelting down and I was drenched even before I walked to the edge of town, where I stood for another 2 hours in sideways-rain and watched over 200 cars pass me by. I decided that my wretched state (soaking-wet and cold), juxtaposed with my beaming smile, made me appear insane, so I let my expression show my despair instead. Thankfully some Germans saved me. It was worth the trip out to my friend’s bach (cottage), which her great-grandfather built, and still has the original candle-holders on the walls. I even learned to slalom water-ski there, towed behind her 50-year old boat, with a “new” 40-year old motor, and a trailer made from Ford Model T parts. The boat’s so beautifully restored and full of character that people wanted to buy it and put it into a museum.

Undaunted from my first hitch-hiking attempt I was keen to give it another crack. I’ll let you know how it turned out, in my next update, all about the south island. Check out some visuals from this photogenic country by clicking the thumbnail photo at the top, and don’t be shy about throwing down some comments!

-Mike in the South Island

P.S. The Maori name for New Zealand is Aotearoa, which means, “the land of the long white cloud”.