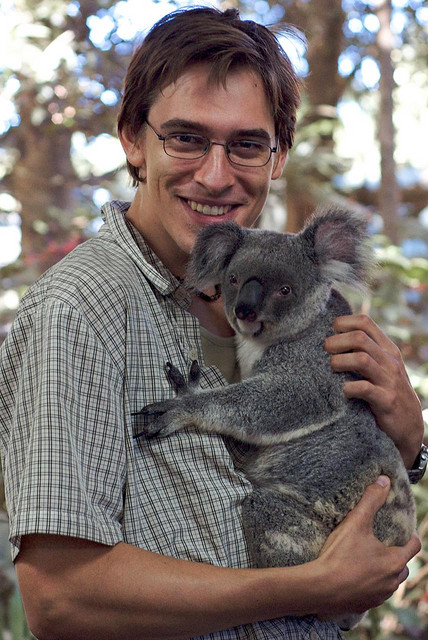 I can now die happy.

I learned something the other week from my mining crew that was entirely unexpected. When some guys were being particularly sexist to a female truck driver that we rarely work with, I hinted that maybe the best way to have more women entering the industry was to be a little more respectful towards the ones that are already in it. The mine site probably has under 20% female representation, and on the mining crews specifically, closer to 5%. I was amazed at the response: My guys I spoke to feel there shouldn’t be any women working underground! Now these aren’t superstitious old farts, they’re guys in their 20s who never stop talking about women! Perplexed, I dug for answers and they explained to me that women will just sleep around with men and turning them against each other, flirt rather than work hard for promotions, and always rat out somebody for breaking the rules instead of keeping their mouth shut (the “Australian way”). Last month I spent my week off in Brisbane and the Gold Coast. Things didn’t start well when the taxi driver took me on a scenic detour to my car rental agency, and attempted to charge me nearly double the fair fare. He failed. Then one fellow at the rental agency had a remarkable outburst at me when he presented the inspection form to sign and I wanted to actually inspect the car before I signed it. How insane of me. When I returned the car at the end of the trip the same man was there and spitefully charged my credit card for fuel without my authorization. Apparently the tank needle wasn’t “past Full”. We’ll see what Visa thinks about this. I don’t mention these experiences to complain; I laugh at all of these things. Especially the taxi driver, for joining the likes of other ‘confused’ cabbies I’ve had in China, Guatemala, Peru, and Tanzania. I never expected it in the developed world!

The city is a lot more urban than Perth and I welcomed it. Highrises everywhere with stellar views, a dense and busy downtown, funky markets and districts, efficient ferry-boat public transit utilizing the snaking Brisbane river very well, and 24-hour stores (they’re not allowed in Western Australia). The city skyline isn’t remarkable, but that’s pretty standard for Australia (besides Sydney).

The highlights of the trip were numerous. I did some outdoor climbing on the city-center cliffs at night, urban exploration into old buildings and downtown rooftops, fed kangaroos and elephants and saw wildlife shows at Steve Irwin’s zoo, went up an 80-storey tower at Surfer’s Paradise in the evening for an incredible view from the world’s tallest residential tower (and tallest building in the southern hemisphere), visited a science center and was made to feel two-years old again, hiked in a rainforest, saw a bird of prey show, had lorikeets on my head, hugged a koala, and saw some very good friends I haven’t seen in years.

Of course, I captured much of these experiences digitally, along with many more. Have a look at by clicking the thumbnail above.

I just had a great week off in Perth, climbing twice and even doing some karaoke with my Asian friends. After they sang some classic Chinese hits I’d never heard of, I fought back with Avril Lavigne. Go Canada! After some bubble tea I dashed off to a retro party where I “dressed up” as a hippie. Complete with Greenpeace shirt, hemp necklace, and Birkenstocks. Unfortunately I’ve had too much fun, so I need to balance it out by going back to work for two weeks at the mine.

Please keep me up with what you’re all up to these days. I’d love to hear from anyone out there!