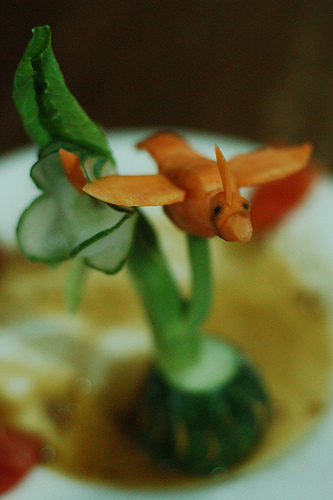 Laughing All The Way to Prison

Last week Myanmar had its first “elections” in 20 years. The news anchor for the state television channel assured me they would be “free and fair”, but with the opposition leader Aung San Suu Kyi still under house arrest (where she’s been for 14 of the past 20 years, after winning the last election in a landslide!) nobody doubts the unfairness of the election. People are so paranoid around the country to speak out that the response we heard repeatedly was, “I don’t like the government. But I cannot say anything else. You know,” then their eyes would dart side-to-side. At this point I’d make the “zippered-lip” motion, and they would nod knowingly.  A political comedy trio called The Moustache Brothers we went to see in Mandalay has served a dozen years in prison between them, just for telling jokes about the government. The ruling party even created an election propaganda sitcom which I watched last week with my hotelier. The plot was basically a lot of normal people, experiencing normal problems, and the ruling military party solving them.  (As an aside: the commercials are hilarious. We saw the same few celebrities hired to sing and dance before green screens, to advertise five different competing instant coffee brands, in consecutive ads! This was followed by the same celebrities advertising fertiliser!)

I’m not really sure what the point of this election was, since everyone both in and out of Myanmar know it’s a farce. Not one person we met cared about the election, except the few who dutifully planned to vote by spoiling their ballot. Myanmar would need an internal propaganda machine rivaling China’s if they were to convince the local populace they were getting a fair election. And funnily enough, China just commended the dictatorship of Myanmar for their successful elections.

The government owns all the trains here, one major reason not to ride them. And they also profit handsomely from foreigners with hefty prices (required in USD), often 3x the cost of a bus ride.  But I love watching out the window of trains the countryside rolling past, unpaved and without choking exhaust. So when I found a train cheaper than the bus, and went for it.  (With the government selling billions of teak-wood lumber to Thailand, and oil to China, I don’t think me abstaining from one train ride could collapse the regime) I chose upper class, since I still had a searing headache from my four-day illness, and having come directly from a 14-hour bus ride I was in no mood to spend a further 11 hours on straight-backed wooden benches, with children swinging from luggage racks, people piled high around me with no concept of personal space.
I walked down the platform past all the ‘ordinary class’ cars (and in the truest Aussie sense of the word, they were) to my ‘upper class’ car. Comparing carefully, the only changes to upper class were thin vinyl coverings on the straight-backed wooden benches… and the label ‘upper class’ outside the coach. The trains were in the worst condition I’ve ever ridden. Sometimes the vertical oscillations in the car were so great that everyone’s bums had become bouncing basketballs. And the horizontal violence was so sudden and sharp, I imagined the train could derail itself at any moment. When I couldn’t even stand up, the food vending women continued to gracefully walk the aisles, stepping over bodies, balancing heavy loads on their heads.
The walls and ceilings were destroyed from years of water damage, with nonfunctional wiring hanging everywhere, filthy stained floors in tatters with some holes to the tracks, and every door and window rattled to pieces. Every original latch, on every door and window, was broken, replaced by sliding bolts, of which most were broken. Past me walked an unbroken parade of vendors selling coffee (instant, of course), eggs, corn on the cob, betelnut, cigarettes, fish heads, fried crickets, and some cold meat stew ladled from a punch bowl.

Adjacent to me sat an old monk peacefully, smoking a huge cigar. Directly across sat “the shadow”, a woman dressed head to toe in a black burqa (she even had black socks with black sandals) who, for 6 hours, did not eat, drink, stand, speak, or do anything to prove she wasn’t a statue. Out the window I looked down the train to see passengers sprinkling a gentle, uninterrupted snowfall of litter. We clickity-clacked past abandoned platforms with stray dogs trying vigorously to increase the local puppy population.

By the time we arrived on the outskirts of Mawlamyine, it was night. Burmese cities have few streetlights, and no electricity to spare; and my train had no functioning lights inside the coach. As the train inched the final few kilometers in complete darkness, I was the only passenger left on my coach, until a few homeless children ran up and climbed aboard. They searched for food or valuable trash in the thick blackness of my car, creeping around me like rubbish-seeking ninjas. (Anywhere else I may have feared they’d rob me, but Myanmar is extremely safe for tourists. Remember that we all must carry our entire trip’s funds with us, so locals know the average foreigner has $500 in their pocket. Yet there are no reported cases to Lonely Planet or Wikitravel of people being mugged or robbed.)

In Mawlamyine there’s really only one place for foreigners to stay, and they generally all leave town together via the twice-weekly slow boat to Hpa-An, so the eight of us in the city at the time got to know each other pretty well.  We’d meet randomly in the streets, have dinner together, tell stories on the steps of our hotel, and share the locals we met (who were also eager to meet, teach, and learn from us). Two of my fellow tourists had very interesting histories.
One older professor from Adelaide went to China as a child with his Ambassador father. He met Chairman Mao! In the 90’s he went back, to teach English to the highest officials of the Communist Party, including the President and Prime Minister.  Another younger friend from Russia told me stories of his various schemes to avoid mandatory military service (including drinking a whole bottle of vodka, then getting his friend to stamp on his leg to tear a ligament); and his adventures in capitalism and near-imprisonment during the economic liberalisation of perestroika. He built a large business selling pirated CDs which caught the attention of Microsoft’s international piracy crackdown, who very nearly made him an “example”.
*   *   *   *   *   *   *
I managed to leave Yangon 1 (but not without some complications) just three days before one of the most important days in their last 20 years: The release of Nobel Laureate and opposition leader Aung San Suu Kyi from house arrest. Whoops!
I hope my timing was a bit better when it comes to my photographs. Have a look.