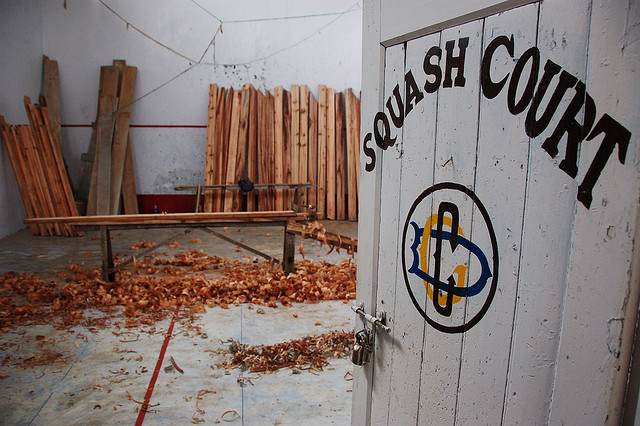 Watch Your Step
Varanasi, once known as Benares, is an ancient, sacred city along the Ganges river. Hindus, Buddhists, and Jains all consider both the city and the river holy, and more than one million pilgrims visit it annually. It’s described as the oldest continually inhabited city in the world; Mark Twain said “Benares is older than history, older than tradition, older even than legend, and looks twice as old as all of them put together”. Varanasi is a caricature of Indian stereotypes: Religious, crowded, loud and dirty. It’s a place of extremes, and despite a few weeks already in India, was a real shocker.

Varanasi is the most disgusting place I’ve ever been — this isn’t a complaint, it’s why I went there. In the narrow alleyways along the river, I was blocked in by roaming cows who needed a wipe, and confronted with corpses: Of mice, and a cardboard-stiff cat. I paused in sympathy at a mangy stray dog, covered thick with flies, convulsing uncontrollably in it’s last throes of life. I encountered piles of feces from at least 3 different animals, including humans. And all this in the fifteen minute walk to my hotel.

The Ganges is many things. Somehow it is simultaneously a rubbish tip, a holy bathing place, a sewer, and a sacred cemetery.  You can watch people placing lit candles in the river as blessings, next to others bidding farewell to their bags of rubbish.  Hundreds of people excitedly bathe and swim daily, unfazed by the city’s piped-in raw sewage. The real confronting part though, was the bodies. We walked to one of the ghats (steps leading down to the river’s edge), and saw a few pyres burning casually, apparently untended. As we approached I was apprehensive about what I knew was in the fire. I soon noticed a pair of feet sticking out, with the skin melting off the bones.

It is quite a sacred honour for Hindus to be cremated on the holy Ganges river, and everyday three hundred are set alight. About thirty people who are not to be cremated — children, priests, lepers, among others — are ferried out from shore, tied to a rock, and dumped overboard. I asked about floating bodies that I’d heard about. “Sometimes the rocks come loose,” the boatman told us. We learned that people must be cremated the same day they die, so there is a house located a few meters from the burning ghat full of poor, sick people, waiting to die. They are accepting donations in order to pay for the wood needed for their own cremation. Another quite humbling place.

On a happier note, we experienced Varanasi during the nation’s biggest festival.

Where’s the Earplugs?
Diwali, the Festival of Lights, is a two day celebration, that is ostensibly about exchanging sweets with relatives, and setting off an obscene amount of firecrackers. From our hotel rooftop, the highest in the neighbourhood, we watched a panorama of roman candles, sparklers, fireworks, spark showers, and cherry bombs. This unbelievable combustion of black powder began in the morning, and reached a peak at dusk, which lasted well until the night. The typical igniter of these ‘firebombs’ was an unsupervised ten-year old boy. These kids showed no patience for dud firecrackers, which they eagerly picked up again to attempt to relight. I wonder how many digits were lost that evening.

Hunting Rhinos
In Nepal we found an exceptionally pleasant and warm people, and a welcome respite from India. Last year when I visited the Australia Zoo I was excited to feed an elephant, but in Nepal’s Royal Chitwan Park I got to bathe with one in the river, get sprayed with a trunk full of water, and get shaken off one’s back before it dunked me underwater. Later, Dan and I had a mini safari and found wild rhinos. Our mode of transportation was “Bonekelly”, a lumbering elephant.

The Kathmandu valley is a fertile, hilly place full of rice terraces and dotted with small farming villages. We rented mountain bikes and rode out of town, and after a grueling climb for a couple hours on ‘roads’ unfit even for mountain bikes, we felt destroyed. When deciding on a hotel I spotted a sign for “The Hotel at the End of the Universe”. I decided if there was a restaurant, we’d have to stay the night. There was.

On our ride home we flew down a lengthy downhill of smooth tarmac road (rare in Nepal!), passed buses, taxis, trucks, and motorcycles. The road then flattened, tarmac gave way to a dusty and mangled gravel road, and we weaved our way between vehicles and pot holes, and with a little help grabbing the back of trucks for speed boosts, we got back to Kathmandu faster than the motor vehicles! A win for self-propelled transportation.

But a loss for my rattled hands and bruised butt.

Photos are fresh from the oven. Have a taste by biting into the thumbnail shown above.

(A popular Hindi saying, especially good when bargaining and they tell you your price is impossible. It roughly means “Anything is possible”)

One Response to Anything is Possible (India update #4)