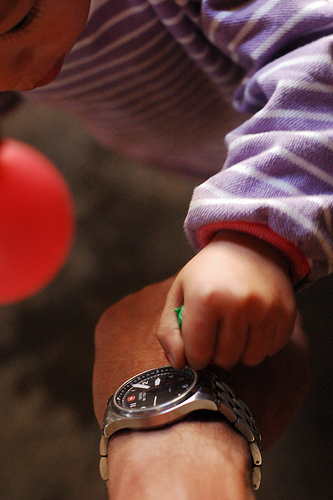 When we disembarked after dawn in the highland town of Sapa, we were met by the infamous packs of local H’Mong and Dzay women selling handicrafts to foreigners. Birdlike, they call out, “You buy from me!”

A trio quickly attached themselves to the hapless Jon. For the next 24 hours, each time we stepped out of a restaurant or off the steps of our hotel, the same three girls would materialize, enveloping Jon, chirping their question and statement, “You buy from me? You buy from me!”

During our usual town wandering, I found the local school and without hesitation, entered to distract the kids. After disrupting all the classrooms, the english teacher approached me and introduced herself (her proficiency did not make her position apparent) and invited me to her class.  She showed me the lesson plan for the next 45 minutes, and I began.

Ninety minutes and 50 students later, I had taught two classes. The kids were really impressive, especially how outgoing they were, in contrast to East Asian kids who I understand to be very shy and unwilling to volunteer. We made up some vocab games after the lessons, such as “What’s the word for this? Now draw its picture on the board.” and “What do Mike and Jon do for work?”. After guessing teacher, construction worker, singer, artist, and writer, they got me as an engineer. They never did guess Jon’s job (lawyer).

Trekking the heavily terraced river valley, passing indigenous minority groups with our H’Mong guide Su was a bit surreal: Usually ruins are indigenous and the inhabitants are immigrants; but here the local indigenous groups live in and around ruins from the French colonialists, who left long ago. On our second day of trekking, after a 5 hour morning in the mountain sun without shade or sunscreen (we expected clouds and rain the entire trek), Jon’s fair skin was incandescent. I wasn’t so burned, but was definitely feeling sunstroked as we approached our pho’ hut for lunch. My headache got worse all day, and that evening I nearly lost it during a cramped bus ride down a sinuous mountain road to the train station. It didn’t help that I had eaten my first duck-fetus egg that afternoon.

After another overnight train ride with an ungodly morning arrival time, we were in Hanoi. Fortunately we could drop by the local ‘gym’, the large Hoan Kiem Lake and city park, to see how the locals stay fit at dawn.  Hundreds of people jogging counterclockwise around the lake (and they call themselves Buddhists…), dozens of women doing synchronised tai chi aerobics to music, and dozens of men pumping home-made cement barbell weights.

Yesterday when I went to ask a local tourist agency where I could find a restaurant that served dog, I noticed his flash new iPad on the table. When he saw my eyes light up, his eyes lit up, and wordlessly he plopped it on the table between us with a foosball app already loaded. After 5 minutes of intense competition, I realized when I heard the door open behind me that Jon had been waiting on the street the whole time for my ‘quick question’. After another game, I got the advice I needed.

We fly to Myanmar this afternoon for three weeks. I’m not very optimistic about internet availability there. It certainly could not compare to here, where nearly every hotel has free wifi!  I’ll try to at least post photos along the way when possible. Check out the photos to date including ones from the trekking, by clicking the thumbnail above.