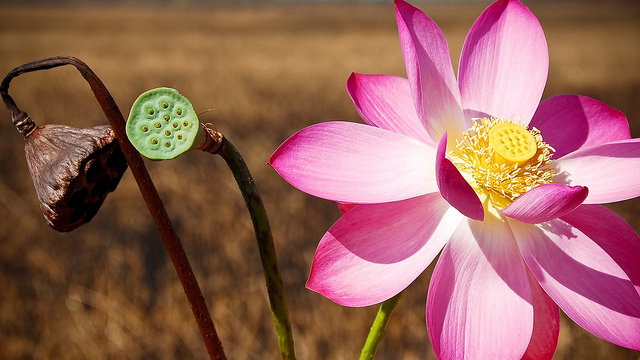 The night before my flight was to depart Perth, and still no word from Jolene. I was flying to Darwin, to meet two friends for the middle part of their roadtrip. We were going to see two of Australia’s most renowned areas: The Top End (around Darwin), and The Kimberley (the northernmost part of WA)

Could something have happened to them? Very likely. This is a place measured in hundreds of kilometers. They began in Perth, 4000km away. Their intended route included the Gibb River Road, a rough dirt track with only two inhabited stops along its 600km stretch. And their mobile coverage would be limited to a couple pin-pricks on the map.

As soon as my phone had signal, a couple minutes before landing in Darwin, I waited anxiously for a message. (Yes, I risked a fiery plane crash, by activating my phone.) But found no messages waiting for me.

I began to formulate Plan B: How much fun would it be to hitchhike 1800km across the outback to Broome? But then, a sign! Jolene and Phillip were on their way to the airport, huzzah!

Minutes later they picked me up in the overloaded SUV. It had just enough volume remaining to contain me. I discovered through the trip that Phillip is a very thorough fellow, and given enough time to pack, could have filled a truck-trailer with ‘necessities’. In fact, on their departure day, Jolene was waiting from 9:00am. Every two hours she would get a message warning of further delays to his packing.

Finally, at 4:00pm(!) Phil asked if they could leave the next morning instead. I wished I could have been there: Jolene stole her flatmate’s car and drove to Phil’s for an intervention. Upon arrival, she found the SUV was nearly full, including a roof-mounted ‘pod’. They were able to negotiate the removal of some of Phillip’s ‘necessities’, but what he did bring along included the following: 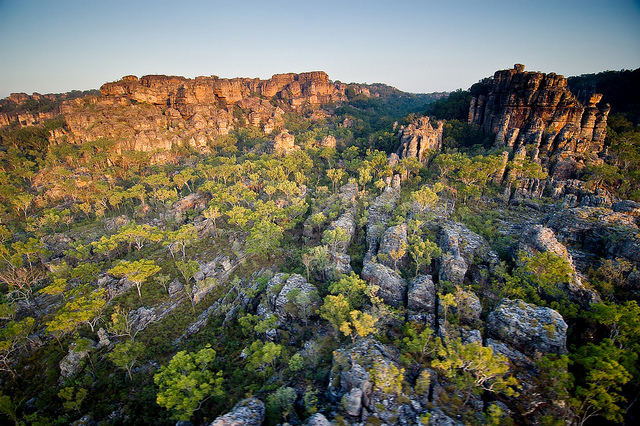 I have a great mate, who worked some magic with his former employer to arrange for us an hour-long tour of Kakadu. This national park is a wild place, of stunning beauty and fame (not least because Crocodile Dundee went there).  I should mention that this friend is a helicopter pilot. And the tour from a doorless helicopter. At sunrise. Listening to Pearl Jam. 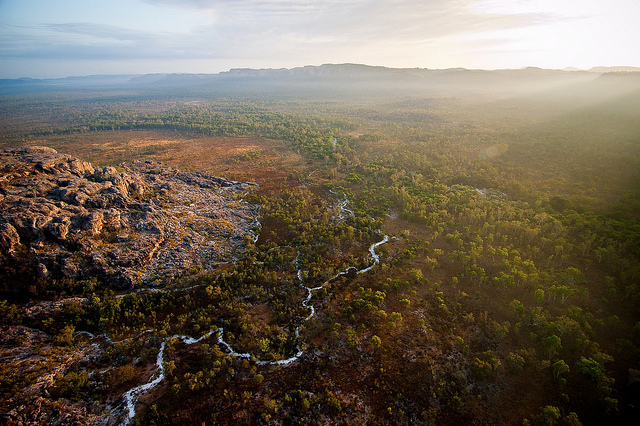 Unlike the rusty desert of Australia’s interior, The Top End is a tropical area, rich in life despite the nearby harsh landscape. Everything is a alive. Termite mounds rise metres from the ground; entire flocks of birds bend trees near breaking; thousands of enormous fruit bats fill the evening sky (And your ears, with their noise. And your nose, with their smell.). Ants establish colonies in your sealed food bins; flies and moths attempt to carry away your dinner; hunting geckos bring the walls to life. And cane toads become a tripping hazard as the nighttime paths around camp appear to move underfoot.

In Litchfield, a park with well-needed swimming holes and four breathtaking waterfalls still active in The Dry, I noticed a trend. The petrol station employees, café workers, and tourists were nearly all young Europeans. I made friends from Germany, France and Holland. One young Dutch couple on bicycles (in this climate!) camped beside us.

Hesitantly she responded, “Oh, we’re on our way to Adelaide.”

“Yes,” she paused. Slightly embarrassed. “Actually, this is just the end of our trip.”

I wise-cracked, “And where did you start? Holland?”

She paused again. And I stopped laughing.

They’d been on the road for 17 months. Through Europe, the Middle East, the Stans, down the Malaysian peninsula, island hopped through Indo to Darwin. And now they just had the trivial matter remaining, to travel 4000km across the centre of this dry and sparsely populated continent, to finish in Adelaide. 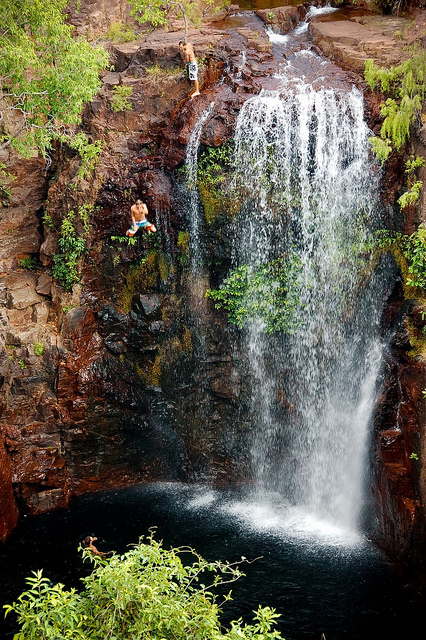 We pulled up to a gate just off the highway. Beyond it lay 55km of dirt track, leading to Purnululu National Park. Contained within it are the famous Bungle Bungles: A series of stunning hills, narrow chasms, and strange rock formations.  The signage warned that only high-clearance, 4WD vehicles should attempt the journey. With our overloaded, soccer-mom SUV we were barely clearing the tarmac highway.

We’d heard the road was “terrible”. I stopped a German couple on their way out in a sweet Landcruiser, and asked for advice. “Oh, it’s very rough. Took us 3 hours. Large rocks everywhere. We had to drive like this,” he said, waving his hand around like an airplane in a dogfight. His wife kept repeating something in German, emphatically. It sounded ominous—but most German does. The husband never translated for me, but I imagined she was saying, “You guys are insane to take your sad little car down that road.”

I got back in the car and told my friends what the Germans had said. Phillip responded,

“Of course the Germans think its rough. They’re used to driving on the Autobahn. Let’s go.” 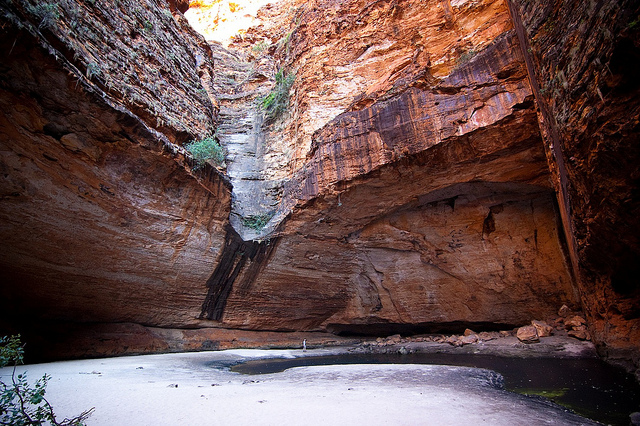 There is a richness in Aboriginal culture, which includes ancient rock-art, linguistic diversity, deep knowledge of flora and fauna, and an inspiring philosophy regarding people’s connection to the land. But of course there are also current social problems. We had some encounters that were both sad and funny.While driving down the highway 30km from Halls Creek, in the dead of night, we were flagged down by a car full of aboriginals, and rather bumbling ones.

They explained that they were out of fuel. Of course we offered to help them, because even though we weren’t sure we trusted the story 1, but if there was even a small chance they were stuck, we couldn’t leave them there. This wasn’t a busy stretch of highway.

After pouring in 10L of fuel, they all nodded in agreement amongst themselves that it wasn’t enough for their 30km drive. They then agreed they needed all 15L we had to spare. So we emptied our jerry can, and I shook my head telling them “If that doesn’t get you back, you have a hole in your fuel tank!”

After thanking us, we were driving off when one of them came running after us.  “Do you guys have any smokes?”

Down the road we reached The Kimberley’s oldest pub, in Fitzroy Crossing. We went there for lunch and beer. The place was fairly quiet: about a dozen people, all save for us, local aboriginals. I noticed a pretty serious looking ‘security’ bouncer. Making conversation I asked, “So… security, eh? Things get pretty rough in here?”

“Yeah, twice a month, on payday. I mean, benefits day.” He gestured towards the local clientele. “None of these people have jobs.”

We sat down and ordered some lunch. Jolene ordered the only healthy-looking option on the menu, a veggie chicken wrap. When it arrived, she unwrapped it to find the fresh tomato, carrot, and lettuce was accompanied in the flatbread by a battered and deep-fried chicken finger. The publican explained, “Only miners come here for lunch.” 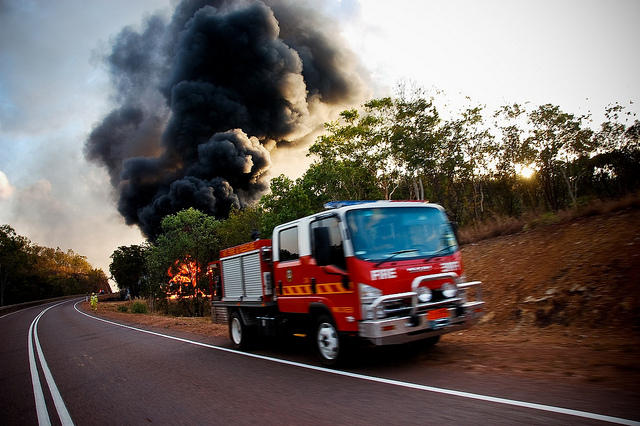 Not your typical bushfire: An oil tanker had crashed.

Before we left Fitzroy we went to the supermarket but found it closed and barricaded, for renovations. Cluelessly we circled town, wondering if the petrol station was the only place to buy food! As we passed the high school we noticed an A4 paper sign taped over the school sign, announcing “SUPERMARKET”.

We cautiously entered the back of the school, and found the supermarket. Inside the gymnasium. The cashier stood beneath the basketball net.

And some wiseguy must have done a layup with a box of cereal, because there was one hanging in the hoop mesh.

This trip was one of the most photographically rewarding of my life. Give your eyes a feast, along with some mini-stories, at my Flickr.

» Experiences, Oceania » The Top End to The Kimberley (Australia #15)