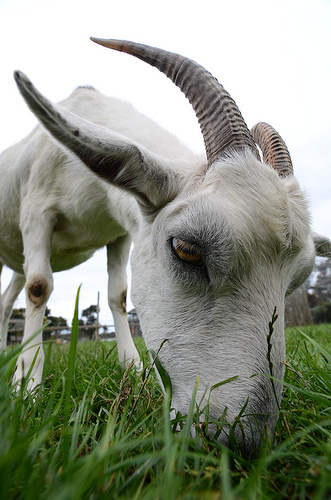 On my way to meet my mother for a week in Tasmania I popped into Melbourne for a few days to see what everyone is raving about.  At first I was overwhelmed with black t-shirts too long, slipper shoes with no socks, heads shaved on the sides but bouffy on top, and skinny jeans (full length, or cut-off to reveal skinny legs).

But this is understandable, since Melbourne is the art and music capital of Australia, and it did not disappoint. With an old mate from first year uni as my tour guide (and gracious couch-provider) I got to experience the best parts of what makes the city so special.  And two of those things are rooftops and alleyways.

There are lots of great rooftop bars in the city, busy every night, with fantastic views of the city.  And then back on the street level there are alleyways everywhere leading to small bars and clubs. Victor led me down one alley completely coated with graffiti, past rubbish bins, barred windows, and surprisingly good street art, to arrive at a bar with a wild theme: Chemistry lab. There were beakers, pipettes, industrial sinks, and eerie lighting. In keeping with the mood, on the way back from the bar in the same alleyway, we saw a pigeon eating a chicken.

Another club was infamous because the biggest party happened in the bathrooms. It was called “3rd Class”. It’s now closed, I can only wonder why. (For an idea of what this place was like, Google “Vive Cool City” episode 186. Warning: it’s not PG.)

Aspect I Suspect You Will Respect

Many of the old houses dripping with character all over Melbourne have names, visible from the street. We passed five named houses in a row, entitled ‘Aspect’, ‘Prospect’, ‘Suspect’, ‘Disrespect’, and finally ‘Respect’.

I landed in Melbourne at ‘terminal’ 4 (the low budget ‘terminal’. I can’t in good conscience call it a Terminal) We walked out of the plane onto the tarmac, for hundreds of metres, to arrive at our carousel. It was a joke, we were still outside! (but with a roof) They even had glorified port-o-potty toilets. But I still can’t complain given the ticket price for Tiger Airways.

It was just as entertaining when we were leaving, and Tiger made customers go to extraordinary lengths to avoid fees. Many of these fees seemed set up specifically to trick people into paying them, or perhaps to see if they’d jump through the hoops. They advertised 10kg of carry-on, but in fine print said that you must split this into two bags with maximum 7kg per bag. They advertised web check-in discounts when you bought the ticket, but if people forgot to check-in online they were charged $50 each at the counter!  And if you were over the weight limits they charged $20 per kg! There were passengers everywhere, at the check-in desks, with bag contents exploded around them, unpacking or repacking between checked and carry-ons. But after all these delays and frustrations, the airplane would carry the same weight anyways. I paid in advance for extra checked luggage (I need camping gear for NZ), but didn’t have a scale at home. When I put my pack on the scale, it read 19.8kg. I had paid for 20kg. I gave myself a high-five.

We visited a fantastic zoo on the east coast of Tasmania. When we walked up to the Tasmanian Devils, we found one spinning in circles! Warner Brothers: Is everything else true too? I’m going to get myself an umbrella and an anvil.

I received no laughs from the staff when I referred to the wombats as “little speed bumps”.

I have a month while I’m between jobs, so I decided to visit Australia’s seventh state: New Zealand.

OK, it’s not part of Australia. But Australia’s constitution has provision to allow New Zealand to join the country. The idea was as unpopular at confederation as it is now. But the flags are almost identical, so how different could the countries be?

(Kiwi friends with couches: I’m only joking! I’m here so you can show me how much better your country is than Australia! It shouldn’t be very difficult.)

I upgraded my camera after 5 years with the old DSLR.  But photos are really about “the eye”, not the gear. (So don’t expect better photos). But do check out my Flickr set by clicking the thumbnail above.

» Experiences, Oceania » Hipsters, Tigers, Devils, and Kiwis (Down Under update #1)