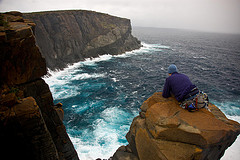 Some days it’s a circus underground, and I can’t believe how much fun we have. My crew has a few real characters who play off each other for the entertainment of all.

Luke is a 28 year old practical joker with a quick wit, and Brent is similar but at 35 he’s wiser and more mellow. One night-shift Luke drove past Brent underground in the haul truck, mooning him as he passed.

Brent encountered Luke moments later where we hang our tags. Brent calmly walked up to Luke, grabbed his work coveralls, and tore them off like wrapping paper. Luke was left standing underground in only rubber boots and his underwear. He called the shift boss on the radio asking for a new pair of 107-sized coveralls. The shift boss brought Luke size 87 instead (quite intentionally, the smallest we stock). His outfit was tighter than John Travolta’s in “Saturday Night Fever”.

Money Talk
In North America the penny, nickel, dime, and quarter are ubiquitous. So much that our governments refuse to scrap the completely wasteful penny, which costs many times more to produce and distribute than it’s actually worth. That makes no cents to me. Smartly, Australians smallest coin is worth 5 cents. But it’s got no name. It’s a “5-cent coin”. Lame! (I touched on this briefly in “Some Local Culture”, February 24th).

And if you want a quarter—well you’re out of luck. You can have a “20-cent coin” or a “50-cent coin”. Worst of all they don’t have loonies or twoonies. “Hey mate, do you have a one-dollar-coin?”. “Nah mate, only loonies, sorry”.

Following our lead in Canada, I’ve decided we need to name the Australian coins. Their one-dollar coin has five kangaroos on it, so my suggestion is ‘Roonie’. Anyone got anything better?

Their two-dollar coin has an old aboriginal fellow (aka an as ‘elder’). There are a lot of politically-incorrect names for aboriginals, so steer clear of all of them when suggesting a coin name.

The one saving grace with the money is that fortunately, their bills have names! The blue $5 is a “blue swimmer”; red $20 a “lobster”; and yellow $50 a “pineapple”..

Speaking of money: It an entangling spider web. I’ve made inquiries with many of my fellow miners, who share this soul-destroying work schedule of two weeks on, one off, as to what motivates them to continue it for years and years. For nearly all, even the people you don’t suspect, it’s the money. But what do they use it all for?

Well in Australia, home-ownership is strongly encouraged both by the culture, and by the government (with sweet grants for new homebuyers to the tune of $21000 if buying a new home, $14000 if buying a ‘used’ one)†. So most of the people I work with, many who should be off enjoying their late teens and early twenties, are instead quite often handcuffed to a mortgage they can barely afford (even if they can manage to keep their job in today’s labour market). Of course in the long run they’ll have a house and that’s a great investment, but at the expense of their youth!

† (Because people just buy more expensive homes with the extra mortgage leverage the subsidy gives them, this actually leads to a ballooning of the housing market)

The others without mortgages still manage to spend all their money despite initial goals to be saving up for a mortgage downpayment. The money they make draws them into a lifestyle they could never maintain without this sort of pay (like new cars all tricked out, motorcycles, lots of alcohol, nice furniture and massive televisions, expensive fishing trips, etc). One truckie is 19 and lives in a rented house by himself; $1300/month—shocking if you consider that we only spend 10 days per month at home. He couldn’t even afford to attend a concert on his time off.

The motivation behind this whole rant was hearing the phrase too many times around here “You can’t have any fun without money”. They mean big money. And I think this attitude is so tragic and sad. I’ve seen people, with far less money than even the poorest first-worlders, have loads of fun. Perhaps one of the most important lessons from university life is learning to squeeze tonnes of fun out of only teaspoons of money—a very important life skill.

Pissy Driving
My money rant reminded me of something else tragic and shocking: The incidence among my miner coworkers of driving while “pissed”. Not angry – in Australia that means drunk. Driving under the influence a.k.a. ‘pissy driving’ seems to be another cultural curiosity out here. Not surprising considering how much Aussies love their beer. One coworker in his late 20s has a brand new car he’s making payments on but can’t drive! He’s had his license revoked for two years. Another coworker in his early 20s with three DUI offenses already got into an accident, and knowing that a fourth DUI offense would put him behind bars I asked him what he did. “I hoofed it, ran away! I told the cops the next day that they were throwing rocks at me.” It’s hard to believe how many of my miner coworkers drink and drive.

Summer’s Over
Thanks to a botched contracting job on our runway, the summer heat has melted our landing strip. We’re flying in and out of the nearby town until we get consistent highs below 30˚C. Although it’s technically spring now, up at the mine I’m going to continue calling it summer. We did have a string of “cold” days last week, which left me laughing at a few of the situations. One 18˚C morning a coworker said to me “I hate it when it’s cold out.” I responded “Yeah, me too” assuming he was being philosophic, but he was referring to the morning ‘chill’. To be fair, when you come out of the 35˚C mine soaked through with sweat and hit 16˚C air it feels pretty cool. But another day a huge tough man I work with was shivering hard, clutching a rag feebly like a blankie, and moaning about how terribly cold he was. On a nice October day in Canada I think he would freeze to death!

Sensory Assault
I’ve begun doing charge up work, which means loading explosives and detonators into drilled rock faces for blasting. It’s a fun change from fixing things with service crew, but I had quite a tough introduction to the work when we had to charge a poorly ventilated tunnel on my first day. As we prepared for the charge, my coworker told me “This is basically the worst it’s ever going to get”.

As we were lifted up to the top of the tunnel to charge the rock face in the hottest area of the mine, the temperature rose by at least 10 degrees. We loaded explosives as our glasses fogged up and overalls soaked through with sweat. When we were lowered down to the “cooler” mid 30 degree temperatures at the bottom of the face, the ammonia fumes were unbearable and stung my nostrils and throat, forcing me to retreat to fresher air for a minute.

The ANFO explosive I had gotten all over me was dissolving into ammonia and running into my eyes and mouth, stinging my eyes and filling my mouth with a bitter taste. My minor cuts and scrapes were on fire as the ammonia found its way, somehow, into all of them.

Combined with the constant deafening noise of machines working, I realized then that this experience was an assault on all my senses simultaneously. Eyes, ears, nose, mouth, and skin. All the charge up since then has seemed pretty easy!

I just got back from a fantastic climbing and hiking road trip in the south coast. This area is spectacular and I took a few nice photos. Have a look by clicking the photo above.

Thinking about all of you,